Georgian calligraphists, language enthusiasts and businesses are uniting to promote the unique Georgian alphabet and encouraging people use it on their electronic devices.

Georgians are among 14 lucky nations in the world who can be proud of their unique writing system.

The Georgian alphabet is comprised of 33 characters and is the only alphabet in the world that is pronounced exactly the same way it is written. In addition all letters are unicameral meaning they make no distinction between upper and lower case.

Georgian is written in its own unique script that was once described as one of the most beautifully written languages in the world. 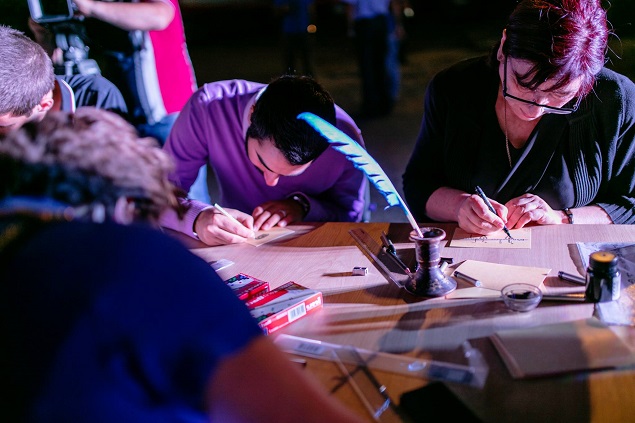 Recent trends saw many Georgians use Latin letters to express Georgian phrases on their electronic devices. One of the reasons of this was there were too few Georgian fonts.

One part of the #WriteInGeorgian campaign will be a competition for designers to create new Georgian fonts.

The project will also see English-Georgian online translation be improved. To do this a number of translators will work on updating words and phrase translations.

Additionally, the project organisers together with Georgia’s National Library will digitalise two of the best Georgian-English dictionaries, which will be available to the public online.

Today there are three types of Georgian scripts; asomtavruli (capitals), nuskhuri (lower case), and Mkhedruli, which is used today in modern Georgian language (the cursive script).

The first scripts are more historic and are used together as upper and lower case in the writings of the Georgian Orthodox Church. Together this writing is called khutsuri (priests' alphabet).

Scholars believed the Georgian alphabet was created in the 4th Century AD, or at the latest in the early 5th Century.

The alphabet, only used by 0.06 percent of the world’s population, now waited for its global recognition after being presented at the UNESCO Intangible Heritage nomination earlier this year.