Russia may impose an embargo on Georgian wine and tightening its trade with the country in response to Georgia’s support of European Union (EU) sanctions against Russia.

Georgia is not the only country Russia is restricting foreign trade with; Russia announced it would take action against all countries that supported the EU’s sanctions that were imposed on Russia on July 31, 2014 in response to Russia’s involvement in the conflict in Ukraine that started in early 2014.

The press office of Russia’s Ministry of Agriculture confirmed to Russian news agency RIA Novosti that the Ministry had started discussing a proposal to impose embargos for several countries, one of which was Georgia.

As of today a food embargo might be imposed on seven additional countries that backed EU sanctions against Russia. RIA Novosti reported that a bill was being drafted to ban certain food imports from Albania, Montenegro, Norway, Iceland, Liechtenstein, Ukraine and Georgia.

At the moment the proposals concerning the seven countries are being worked out by the government, the draft decree is also in progress,” said a Ministry spokesperson on Tuesday adding the exact date of the document’s completion had not yet been set. 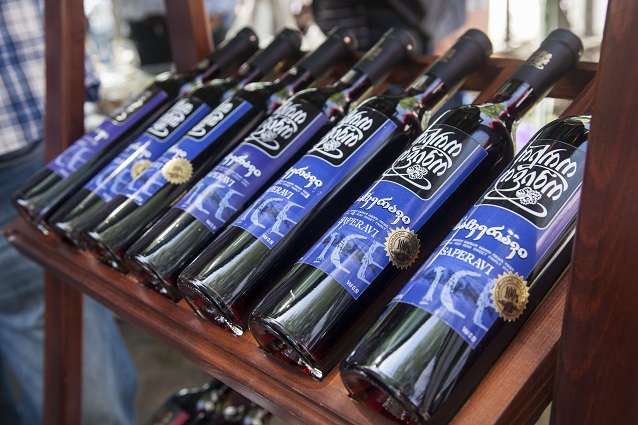 The volume of Georgian wine exported to Russia decreased by 63% in the first half of 2015, exporting 6.5 m bottles to Russia. Photo by N. Alavidze/Agenda.ge

The agency claimed 45 Georgian producers sent 6.7 million litres of alcohol to Russia in 2015, of which 10 batches of the product were denied entry into Russia.

Rospotrebnadzor named Old Kakheti cognac, as well as Kolkhida and Saperavi wines as "unable to meet the requirements”.

Georgia’s Prime Minister’s Special Envoy for Russian Relations Zurab Abashidze commented on the possible embargo and said "it would be the wrong thing to do”.

"We have already commented on Georgia joining the EU sanctions against Russia. The sanctions’ duration and our participation in them renewed automatically upon expiration without Georgia taking any new actions in this direction,” Abashidze said.

As it seems, the Russian side is going to impose an embargo because of the decision made by Georgia last year. From my point of view it would be the wrong thing to do. One of the tangible results of restoration of Georgia-Russia dialogue is resumption of our trade-economic relations,” Abashidze added.

Georgia’s Ministry of Agriculture published a statement noting the Ministry had begun to study Rospotrebnadzor’s accusations "in great detail”.

In the special statement the Ministry claimed the quality of Georgian wine was strictly controlled by various agencies and laboratories.

Wine is one of Georgia’s most significant export products therefore the state as well as producers and exporters are deeply interested in wine quality meeting all safety standards,” the Ministry’s statement read.

The volume of Georgian wine exported to Russia decreased by 63 percent in the first half of 2015. Despite this Russia remained among the top countries to import Georgian wine.

In the first six month of 2015 the top five importers of Georgian wine were:

In recent times Georgia has worked hard to diversify its wine import markets and this was evident in the Georgian National Wine Agency's latest data. Export of Georgian wine had increased to "strategically important markets" like China, Eastern European countries and Canada, said the Agency. 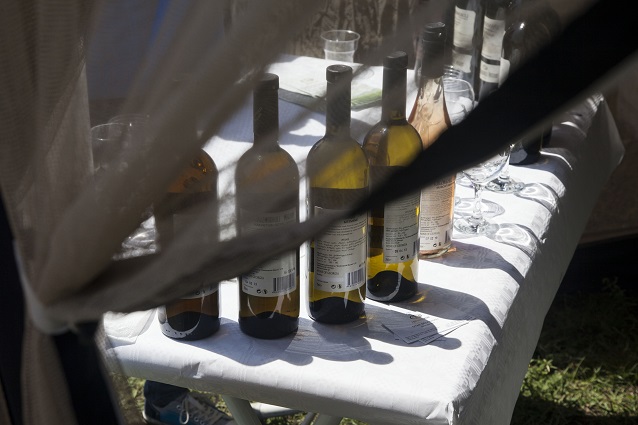 Export figures released by the Agency revealed more than 13.7 million bottles of wine were exported to 33 countries across the globe in the first half of 2015.

The total income received from wine exports was about $39.5 million USD in the six-month period.

This will not be the first time Russia has put a ban on Georgian wine. In spring 2006 Russia imposed an embargo on Georgia wine, mineral waters and agriculture products. This was lifted six years’ later in 2012. Russia’s official reason for the embargo was "quality problems”.

Preliminary data from Geostat, the country’s National Statistics Office, revealed Georgia was becoming less dependent on markets it formerly relied on, particularly markets within the Commonwealth of Independent States (CIS).