What does Paris, London, Havana and Zugdidi, in western Georgia, have in common?

These four cities house a unique treasure that’s of world importance – they each have one of four genuine copies of the death mask of former French emperor Napoleon Bonaparte.

For the first time, the death mask of the former French military and political leader is being exhibited in Georgia’s capital Tbilisi. 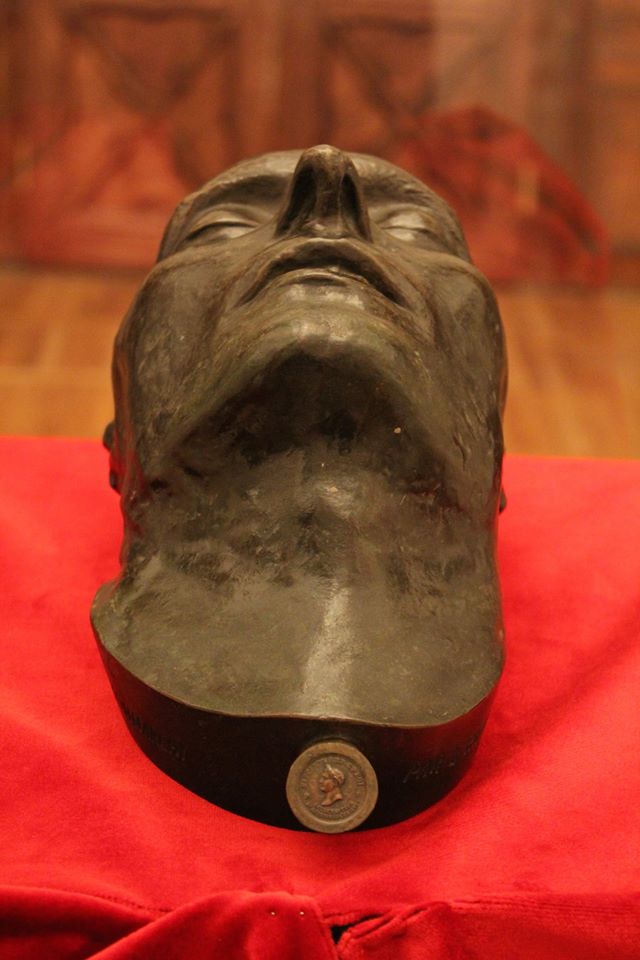 One of four original death masks of Napoleon Bonaparte is preserved in a museum at Dadiani Palace in Zugdidi, western Georgia.

Previously the item was on show at the Zugdidi Historical Museum in western Georgia where it permanently resides.

From May 18 the rare death mask and private belongings of Napoleon have gone on show at Georgia’s Palace of Fine Arts. The exhibition will be open to guests for three months, until late August.

The mask is unique because it has the personal markings of Francesco Antommarchi, who was the personal doctor of Bonaparte,” said exhibition organiser and director of Georgia’s Palace of Fine Arts Giorgi Kalandia.

At the age of 51, Napoleon died in exile on St Helena almost 200 years ago. At the time it was customary to create a death mask of great leaders who had recently passed.

Napoleon's original death mask was created on May 7, 1821; a day and a half after he died. The method to create a death mask was simple; a mixture of wax or plaster was carefully placed over the French leader’s face and removed after the form had hardened. From this impression, subsequent copies were cast.

Mystery and controversy surrounds the origins and whereabouts of the most original cast moulds but there are only four genuine death masks known to exist – and one was housed in Georgia.

One of the four genuine death masks of Napoleon was kept in a museum that belonged to the Georgian noble Dadiani family. The museum was founded by David Dadiani in 1839.

The museum soon became known as the Zugdidi Historical Museum, and is today located in Dadiani Palace. The museum is considered to be one of the oldest museums in the Caucasian region.

Over the years experts said there were many stories of how the death mask might have arrived in Georgia.

According to the most popular version, this death mask of Napoleon was inherited by Napoleon’s nephew Achille Murat; the grandson of Caroline Bonaparte and Marshal Joachim Murat. When Napoleon’s nephew grew older, he married one of the daughters of the Dadiani family, the Princess of Samegrelo Salome Dadiani, and moved to Georgia and brought with him all of his family relics.

As well as Napoleon’s death mask, other belonging of the former French Emperor are still kept in the Zugdidi Historical Museum today.