A Georgian-born artist whose work is recognized all over the world has honoured his homeland by inserting a Georgian flag into his latest art installment.

David Datuna, who was now based in New York, America, has paid tribute to Georgia in his ‘Viewpoint of Millions’ series, which explored the sources and meaning of cultural identity through each person’s unique point of view.

The work titled ‘Georgia - Millions of Hope’ was created using a variety of optical lenses and cost more than 1 million USD to create.

A description of his infamous piece stated ‘Viewpoint of Millions’ was not just about you looking at the piece but about the piece being able to look back at you by using Google Glass.

In the piece Datuna played on the significance of personal eyeglasses as a unique point of view, assembling lenses of varying magnifications to illuminate the underlying images. The glasses are a symbolic expression of identity, illusion, perception, fragmentation and unification. 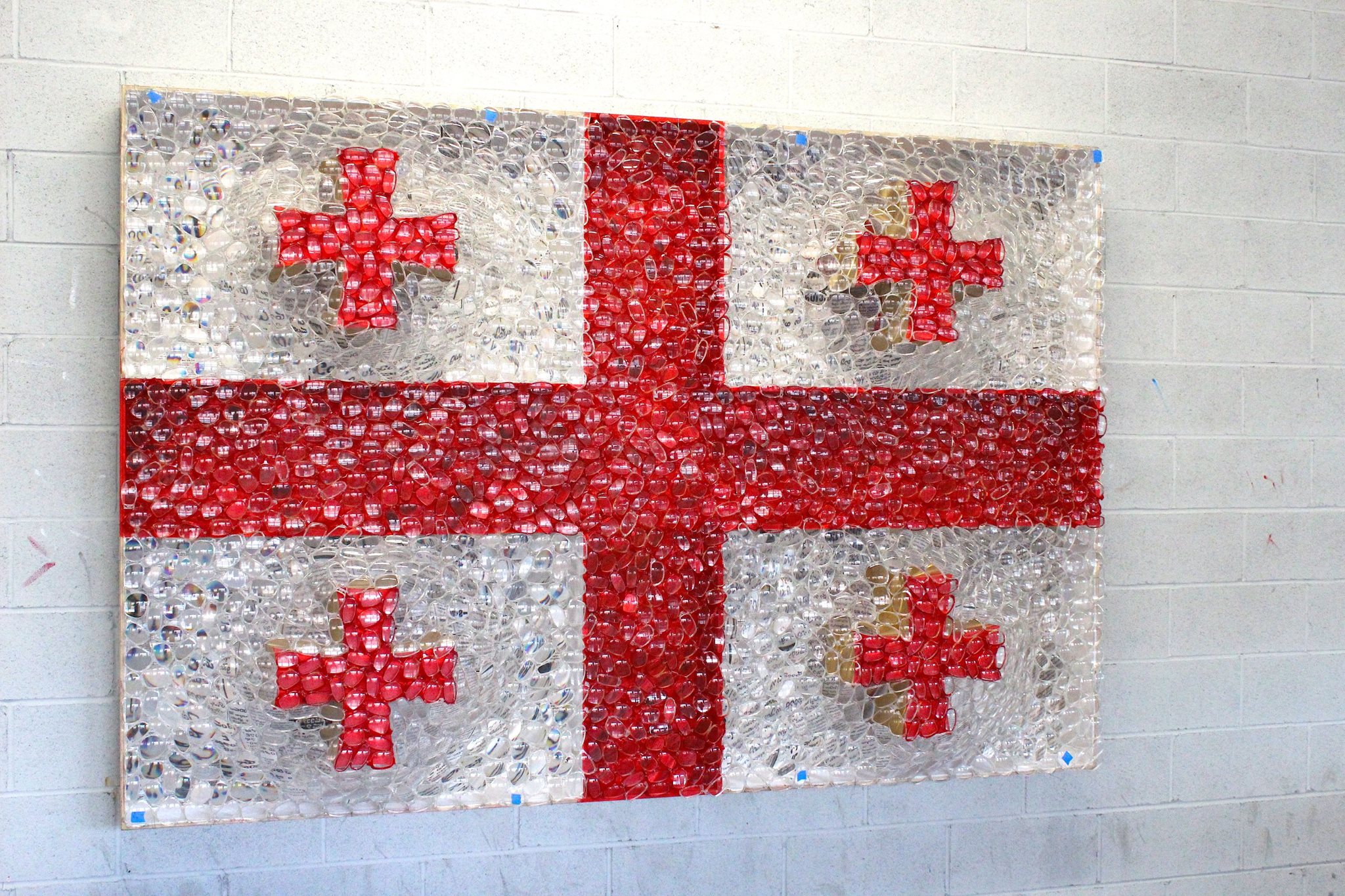 From a distance the Georgian flag can be seen as a kaleidoscopic image that unifies the whole as a patriotic symbol but on closer inspection the viewer can discern collaged newspapers with headlines of political and social culture, as well as pop culture images of celebrities. 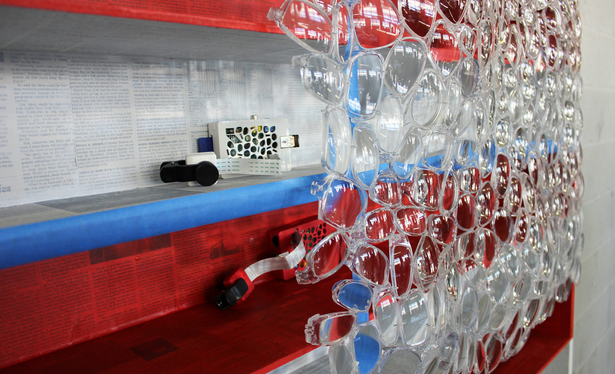 US Flag. Closeup of the installation. David Datuna.

But beneath the fused eye-wear, which created a prismatic surface metaphoric of a collective perspective, viewer could see a defragmented foundation layer of collaged images and text harvested from political, cultural and social publications.

Now based in America, Datuna was regarded as one of the world's most popular and expensive artists. Many of his works were displayed in museums and private collections around the globe.