A Tale of Two Georgias?

Chair of the Foreign Affairs Committee at the Parliament of Georgia

Does Georgia struggle to tell the story of her progress today? And if so, where does the problem lie? Do we find it hard to convince our Western friends that, in fact, everything we do aims to make Georgia a reliable, true friend to the West?

Why do we get overwhelmed by waves of negativity and false narratives? And why do we allow ourselves to be undermined by those pursuing their own interests rather than publicising more of the positive progress Georgia has made?

To put my thoughts into perspective, let’s remind ourselves of a story you have heard many times and yet remains relevant and important:

Once Georgia regained its independence in the early 90s, the ‘century’s project’ of the Baku-Tbilisi-Ceyhan pipeline was launched to improve Georgia’s standing in the world.  After decades of Soviet occupation, independence was followed by a long period of turbulence, severe civil confrontation, a devastating social-economic crisis, lost territories and waves of refugees in our own country.  Georgia was damaged, torn apart and steeped in corruption. 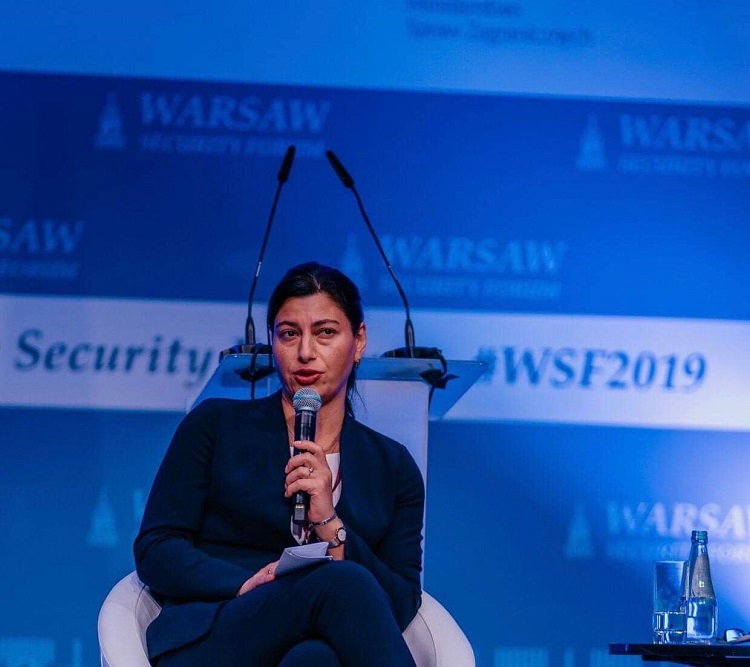 "Georgia now has a completely different attitude towards human rights and a different level of concern for its citizens." Sophie Katsarava at the Security Conference panel discussion in Warsaw. Photo: Katsarava's archive.

When the Western ‘golden boy’ Mikheil Saakashvili replaced Shevardnadze, there was hope for change as the new administration attempted to ‘change the world order.’  Sadly, this change led to more pain, as the ‘reformists’ attempted to completely eradicate any segment of Georgian society in disagreement with them. The era of ‘my way is the only way!’ ended up further stunting our development and led instead to a curtailing of free speech, freedoms and basic democratic values.  The mass incarceration of anyone demonstrating political opposition throughout society during this time is a sad reflection of our recent history.

I can understand why the West saw the benefit of Saakashvili’s rule back then.  A tough and suppressive regime proved effective initially at bringing the country out of the mire of deep corruption and started to rebuild our ruined institutions and economy. But it is a testament to Georgia’s strength of will and character that such an oppressive regime would never survive. Georgians have suffered and withstood all kinds of social and economic hardship but will not idly stand by in the face of injustice and serious human rights violations.

So inevitably, despite Saakashvili’s heavy-handed attempts to control all institutions: courts, media, civil society, business and the public at large, the appetite for change grew with each year.  While progress had been made to eradicate corruption at a low level, it was starting to blossom amongst the ‘elite’ who also started to lose touch with the public and concerns over human rights, the economy, social welfare and unemployment.

Reforms and efforts to modernise were doomed to failure and there was no forum for the public to speak out against a system built over nine years on fear, oppression and cruel treatment.

In 2012, when the Georgian Dream, founded by Bidzina Ivanishvili, defeated Saakashvili in democratic elections (despite Saakashvili’s attempts to control campaigning and rig the result), it demonstrated the strength of the public will to replace the regime and deliver a free Georgia, something the electorate had been craving for years.

Now, after seven years in power, the Georgian Dream continues to strive to keep Georgia a democratic, free society.  Underpinned by freedom of speech, free opposition, free media (including social media), a competitive, supportive, free business environment, and a free civil society.  We assumed this transition would be easy, but it was not!

Transforming a traumatised society, which for seventy years had been under Soviet rule and then continued to suffer under oppressive regimes, was never going to be easy. In seven short years, we have come a very long way!

Today we enjoy that much-awaited freedom, in every sense of its word and most importantly, this is irreversible.  This is the Georgia of today, and it cannot and will not be changed. 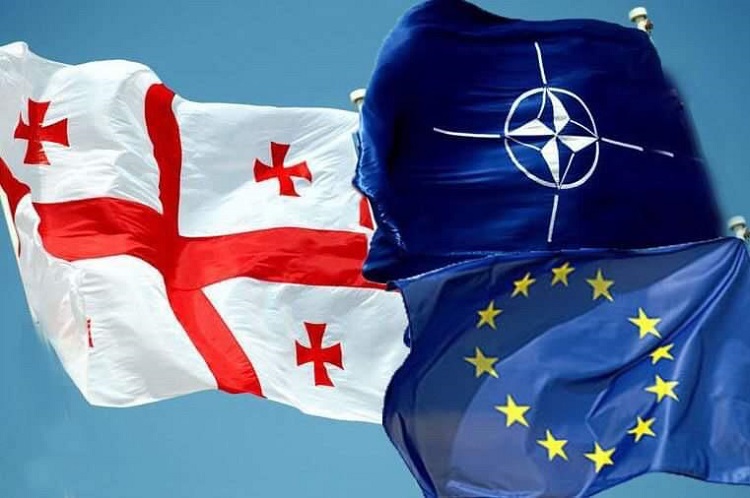 This progress is not just about freedom. I will not bore you with statistics on roads, infrastructure, gasification or water pipes in the villages, social projects, health insurance and other stories of Georgian Dream successes for Georgia, or the ever-improving indices on good governance, or anti-corruption in the last seven years.  Because that success is just us doing our job, striving to better the lives of the people should be an obligation for every government.

Neither will I repeat what has been said so many times about the complete overhaul of the penitentiary system (I hope our readers will not label me as pro-Russian if I refer to the famous Russian writer Dostoevsky’s quote: "the degree of civilization in a society can be judged by entering its prisons"). We are now part of the civilized world, but we were far from it seven years ago.  Georgia now has a completely different attitude towards human rights and a different level of concern for its citizens.

Seven years ago, we feared human rights abuse that was endemic in prisons, but today we debate how to create more of a safe environment for minorities in society (a topic which was completely taboo a few years ago). Now we discuss how to improve gender equality in political and public life (no one cared about this before), or how to better ensure social rights, and how to provide better access for people with disabilities (also disregarded).

Now we concern ourselves with making the electoral system more democratic, hence the decision to move to the proportional election system for the first time in Georgia’s modern political history; or provide unprecedented Parliamentary scrutiny of judicial candidates, similar to the scrutiny of judges in the United States.

Forgive my direct approach, but as a keen follower of Georgian politics for decades, I cannot recall at any stage such a level of transparency and openness in every segment of political or public life. I believe this is a tremendous achievement for a country, whose independence is only 28 years old and whose genuine drive to reform the country in a democratic way, only really began seven years ago. 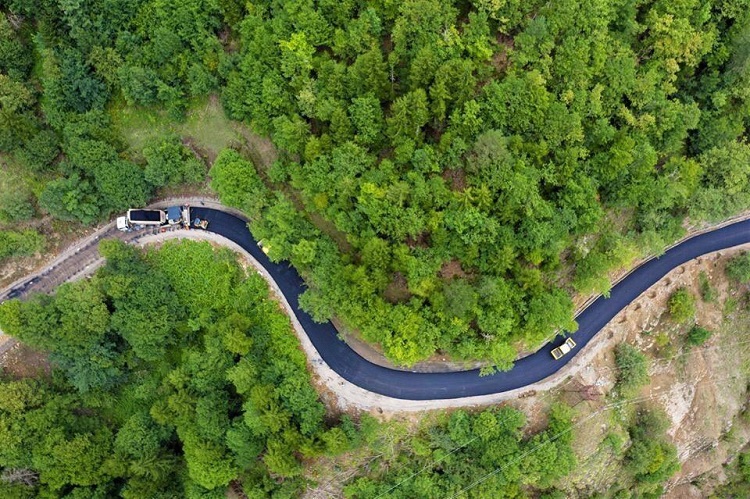 "We are on a bumpy road, full of challenges, but this is a story of development, freedom and greater prosperity for all our people." Photo: Georgian Dream party office.

Please do not get me wrong, life in Georgia is definitely not perfect or ideal.  Not in any way. There is still much to be done.  And huge challenges for how to prioritise our limited budget when everything is a priority!

And to our international partners, many of the reforms we have achieved have been made possible by their assistance and support.

If any government since Georgia’s independence, ever truly wanted to become a member of the EU and NATO, it is the Georgian Dream government. And whilst we are grateful for the support and assistance we have had to date, we continue to demonstrate our commitment and how hard we are prepared to work to achieve these ends for Georgia.

When Georgian Dream signed the Association Agreement with the European Union, it was the beginning of a very exciting time of change for Georgia, particularly as we now enjoy the DCFTA and visa free travel with the EU.   Our cooperation with NATO is hugely important and it is no secret that Georgia has come on in leaps and bounds and is ready for membership; we just have to wait for a political decision which is out of our hands.

We want to widen and deepen our relationships with our major international partners – the United States, the EU and others, which will grow our international trade and continue our path to greater economic development.

Peacefully, we want to regain our territories. What does peaceful resolution mean? It means stable progress and development, the sense of security and stability for all of our citizens, so that Georgia can finally take stock of its past and move forward.

We want security, stability and prosperity to encourage and invite even more tourists than the record number of 8 million tourists from all over the world who visited my country last year. We want to enable a more skilled and educated workforce and we want a prosperous and vital economy. We want to build on the seven years of stability, which Georgia has never had before for decades.

Georgia is a land of great stories. But today, there is only one story we need to tell about Georgia.  We are on a bumpy road, full of challenges, but this is a story of development, freedom and greater prosperity for all our people. I do hope this piece will help assure you that Georgia’s future is as bright as that of her people, always moving forward to achieve aspirations. We intend to meet our aspirations.