No time for disappointment
We look forward to the Tbilisi Summit

State Minister of Georgia on European and Euro-Atlantic Integration

It is always unique and interesting to receive information first-hand, which is why Agenda.ge asked State Minister of Georgia on European and Euro-Atlantic Integration David Bakradze to share his impressions and thoughts of the Eastern Partnership Summit in Riga in a blog.

While attending the Summit in Latvia's capital, Bakradze found the time to write an exclusive blog for us despite his busy working schedule. In his blog you can can find all the answers to Georgia’s European aspirations from the person who leads the country's European crusade.

From Vilnius to the Riga Summits, we have made a long journey with the European Union. Each milestone from partnership to Association is marked with the name of a post-Soviet capital, of republics that are now members of the EU.

There we gather to plan and execute an ever closer reunion, with Europe and in Europe, as sovereign states wishing to be transformed to member states. And if other soviet republics could achieve this feat before us, so can we. That is the hope, that one day we shall speak of the Chisinau Summit, the Kiev Summit, or indeed the Tbilisi Summit.

"Each milestone from partnership to Association is marked with the name of a post-Soviet capital, of republics that are now members of the EU," underlined David Bakradze. Riga is the capital of Latvia, which was the part of the Soviet Union for half of the century. Photo by Nino Alavidze/Agenda.ge.

In this hope, there is much more at stake than normative approximation. "Returning to Europe,” as Havel famously envisioned, does not singularly mean joining the European Union.

Days before the Riga Summit, the President of the European Council, Donald Tusk, noted that Eastern Partnership states have "the right to dream” but, alas, his job was "to manage expectations,” or tame them so to speak. EU member states, drawn in to an unfolding crisis perhaps, are not ready.

Georgians may not be ready today for membership but we are the keenest reformers in the region. In many respects, we have outpaced expectations, building institutional democracy, benchmarking against the best, committed to the European dream. 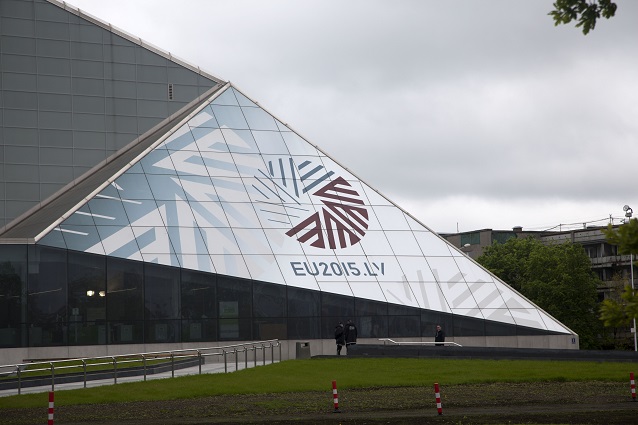 David Bakradze: "At each Summit we go full of expectations. And no Summit is ever successful enough." Photo by Nino Alavidze/Agenda.ge.

Every Georgian dream is big and has to be managed, but cannot be tamed. If there is one lesson to be learned in the Baltics, it is that commitment to European ideals and the mobilization of society towards one objective is a power so forceful that it becomes realistic even if utopian.

At each Summit we go full of expectations. And no Summit is ever successful enough. This anticipation from milestone to milestone keeps the momentum of reforms vivid. And reforms have – beyond a shadow of a doubt – reshaped our country and will continue to do so.

Beyond the expectation of membership, which is our expectation "to be managed,” there is a process in which democracy, rule of law, and a functional market economy with social cohesion are constructed.

Instruments like the Association Agreement and the DCFTA are not there merely for the purpose of approximation; they are there for our transformation. Change is hard but we have known harder. The difference is that this transformation is ours. It is not merely a transformation to be benchmarked and evaluated. It is ours to hold. 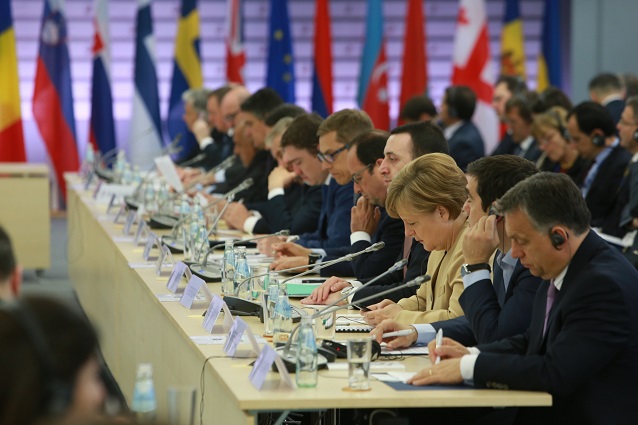 On the top of this Summit’s agenda was visa liberalisation. Travelling with ease in Europe is not merely about "approximation”. It is perhaps the most important ritual of acceptance "in Europe,” for a generation of Georgians that have grown mostly independent but seen with suspicion at borders.

We shall revisit the issue and close the subject by the end of this year. From the perspective of "managing expectations,” visa liberalisation is a significant milestone. For Georgians it is about the fulfillment of a promise made by the generation that achieved independence to the generation that has lived in transition. And a promise is a promise.

Riga is Europe. It is not a Europe against Russia. It is "a Europe” that has learned to exist next to Russia, despite Russia.

Tbilisi is Europe. It is a part of "a Europe” that is emerging as a shared legacy of norms, values and tradition. At this point in time we seek to join Europe, despite Russia. However, the difficulties are objective. I sympathize with Mr Tusk, when he says that a part of his job is to "manage our expectations,” to which I can only reply, well… "good luck with that!”