Local entrepreneurs in three regions of Georgia will benefit from localised pilot growth centres by the end of this year through a project by the Enterprise Georgia state programme aiming to support the establishment of regional hubs in Eastern Georgia's Kakheti province and Western regions of Samegrelo and Adjara. Enterprise Georgia director Mikheil Khidureli spoke to agenda.ge about the initiative.

Two weeks ago, Garibashvili announced ₾260 million ($92mln) would be allocated from the state budget to the agency next year. Khidureli elaborated on the details of the expenditure and potential economic benefits this would bring to the country, as well as current and planned projects.

Khidureli called the agency’s foundation in 2014 a "timely and necessary decision" by the Georgian PM – especially from it having become "one of the leading agencies" to support economic development in the country. "And this is not just my opinion - it is based on the parallel analysis of many other organisations. The private sector definitely needs the support of the state, and we play an extremely important role for companies that are trying to develop and grow", he said.

After implementing "various successful and effective projects with tangible results", we are planning to start expansion of the agency and "take new steps", Khidureli noted.

We have a large number of companies which we have financed and supported in the regions [of the country], but they still need further assistance  with  basic and sometimes more advanced business needs. Thus, we are opening growth centres in the regions. At this stage, we will have three hubs in [the cities of] Zugdidi, Batumi, and Telavi, and by 2023 we aim for all regions to have such a hub", he added.

Khidureli noted the international experience by mentioning that similar hubs were "quite popular" in the United Kingdom, explaining their purpose in helping entrepreneurs solve various problems while also hosting trainings, seminars, and personal consultations. If local entrepreneurs need more extensive help than the two-to-three-day training, the agency will engage with consulting companies whose service fees will be partially covered by the programme. 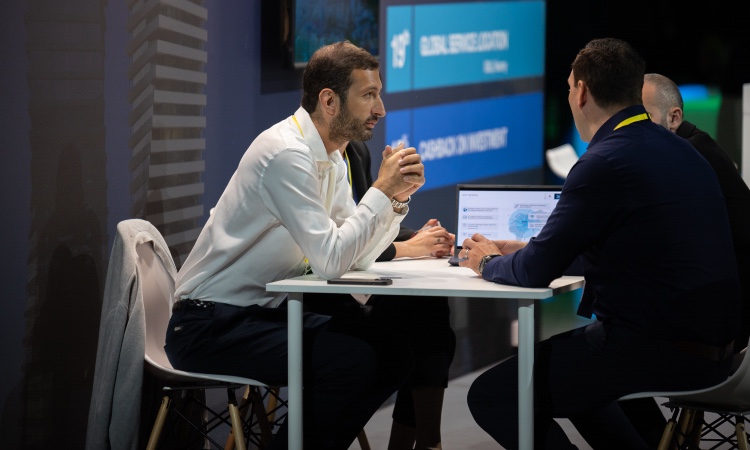 This will also in part support the development of consulting businesses in the regions, with the agency becoming a partner for them on the local level and a facilitator for entrepreneurs. Khidureli called it "one of the biggest projects" that would take Enterprise Georgia to a "new level of development".

Khidureli said the current year was "distinguished" by significant expansion of programmes of the agency, with over 300 activities now covered by the agencies support mechanism. "There are very few business activities that we don't support", the director said, noting the effect of co-financing of interest rates on bank loans for entrepreneurs - which used to support loans for up to 3 years and now have extended it to support loans for the full term - as an example of the agency’s support for small and medium-sized enterprises to access finance.

Khidureli said he believed this year was important because the agency had already launched an analysis and monitoring platform for evaluating its effect. "We have a platform developed together with The German Agency for International Cooperation which is used to calculate the economic impact of our programmes. We are the first agency in the country that has started a deep analysis of its impact and the effect of the assistance provided to businesses", he noted.

There are often questions from the public on why the state subsidises bank loans for businesses, and we have specific answers on how much private investment was generated by the support programme, how much was its additional contribution to GDP, how much tax was paid by these businesses and what returns the state has received for each Lari expended. "This allows us to understand which directions we are successful in, what to focus on in the following years, and what to invest in further", he said, adding that "very soon" the programme’s online platform would be launched to make the information available  to the media and the wider public.

Another direction of Enterprise Georgia is attracting foreign investments. Khidureli explained the agency had become focused and targeted to attract investments by identifying priority sectors for the country. Furthermore, it has identified companies that are "likely to be interested in Georgia", he said, with resources not being expended on companies that are less likely to be interested. 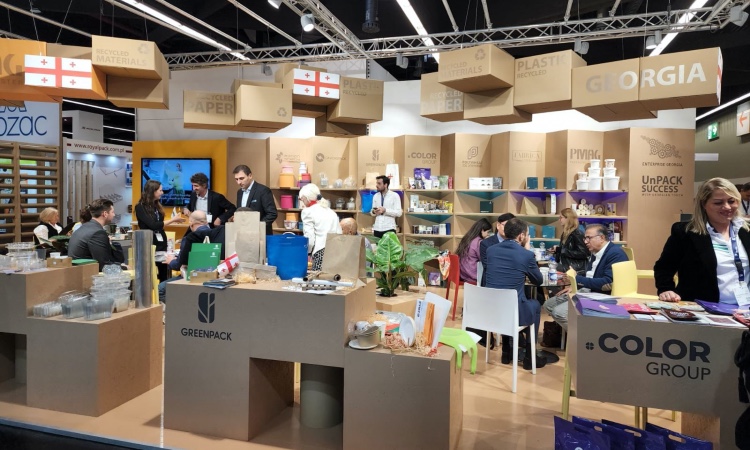 Khidureli said the "fastest-growing" direction in Georgia was in outsourcing of business processes; therefore, the agency is working to bring in companies that provide services to international clients. He highlighted the example of the German company Majorel, which the agency helped introduce into the country six years ago and which started with one hundred local employees before growing to its current three thousand employees. Khidureli added there were "several similar companies" in Georgia, naming Viber and Lithuanian Girteka, which is transferring its internal operational processes to Georgia and was now thinking of hiring up to 500 people.

This is the fastest growing area, because services are easier to migrate. It is simpler and quicker  to move your call centre or IT operation  to a country  compared to let’s say a factory. Relocating the factory requires much more resources, although we have good results in this direction as well - including the example of Adjara Textile [originally stationed in the west], which has already expanded to [central-eastern city of] Rustavi and employs 3,000 people", Khidureli added.

The official said that he believed the focused approach of the agency has "already brought significant results", noting the number of important project that have been attracted by the agencies Invest in Georgia direction over the past 2/3 years and the current 2023 calendar year is set out to be "one of the most successful years" for attracting foreign investment to the country. 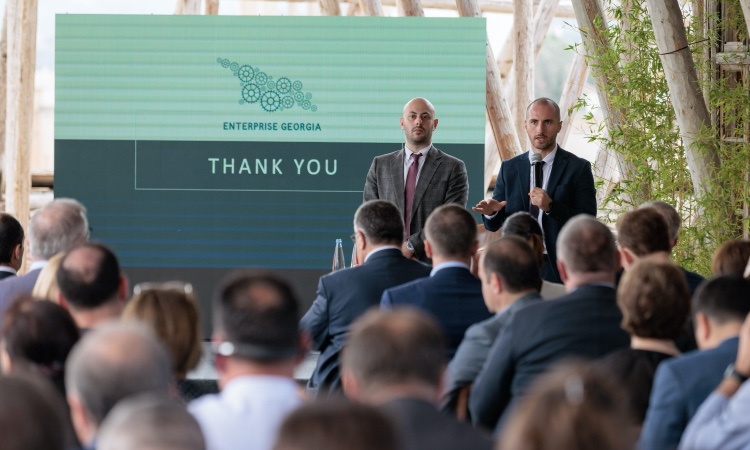 The programme for ensuring support for exporters was also noted in Khidureli’s comments, with the director noting assistance for trainings, sponsoring company stands at international exhibitions and the recently started technical assistance grants for certification, licensing, branding and other activities. For example, if a Georgian entrepreneur introduces a product to a foreign supermarket chain, the agency will provide a grant of in support of the process. Khidureli said the initiative helped entrepreneurs "get a chance to access foreign markets", which he said was generally associated with high costs.

Among the important projects this year, Khidureli also mentioned the humanitarian support for Ukraine, launched by the Georgian government and organised by Enterprise Georgia following Russia’s invasion of the country in late February. 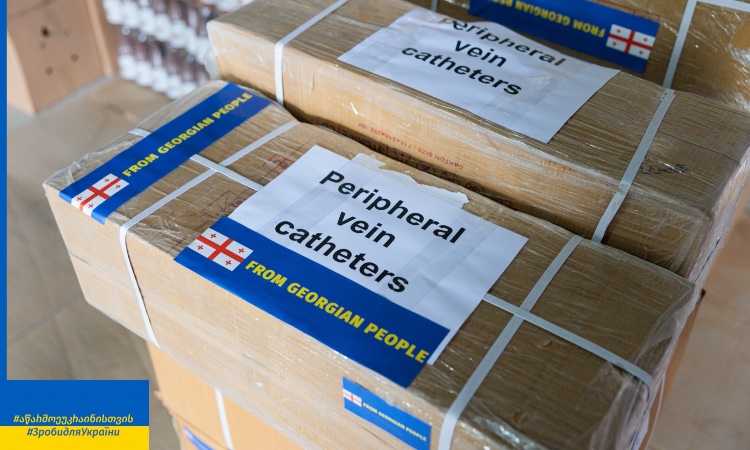 This campaign was called Produce for Ukraine, and at a crucial moment when Ukraine needed help the most, we made our contribution. I would like to thank all involved companies - it actually turned to be a significant contribution in humanitarian aid to our Ukrainian brothers and sisters. Up to 100 tons of goods and products were collected only with the coordination of our agency. We also helped  Ukrainians here, including with efforts to find employment", he said in reference to Ukrainian citizens stranded in Georgia by the conflict.

Among other things, Khidureli said that promoting local entrepreneurship through micro-grants was one of the priority directions of the agency as well, the programme aims to encourage individuals to become entrepreneurs and/or grow their existing businesses.

He also noted the "factual results" of the agency’s daily work, saying that, "When visiting a region, you might enter a shop, a bakery, a restaurant, or book a hotel, and it very often happens that these successful businesses are financed by Enterprise Georgia".

Recently, the agency financed more than 1,300 beneficiaries within the framework of its ₾30,000 ($10,800) micro-grant programme, allowing entrepreneurs to have an income and grow. Khidureli said, while beneficiaries develop their businesses through the programme learn how to do business, and generate income, they also create products that are "useful to many other people".

In conclusion to the interview, the director of Enterprise Georgia told us about the agency’s "successful cooperation" with international media, saying, "When you try to attract an investor, it is important for them to also see trustful information about the country in targeted media". 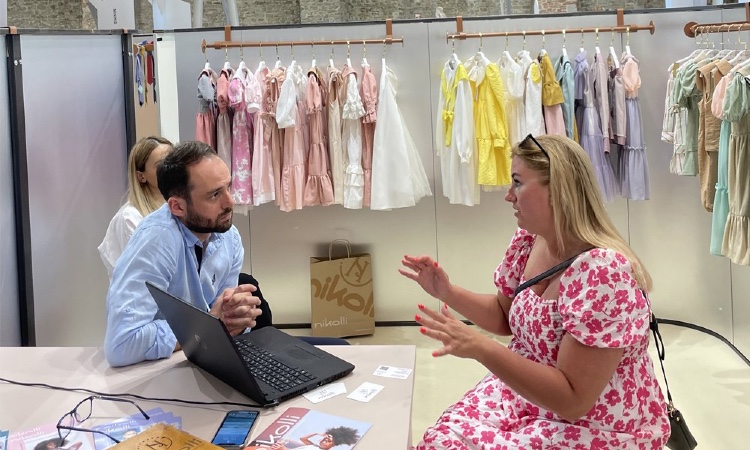 "Today, we are at a stage where we can say that Georgia is well represented in all information fields. Now we are starting a new project with the media platform Bloomberg, within the framework of which we will have a video campaign, social outreach, special report and other promotional activities", he noted.

Khidureli said the platform had already launched, with Bloomberg ranking Georgia 13th among interesting countries for foreign investors - a result he called a "significant achievement" for the country. "With this, we are also discussing with Bloomberg a possibility to hold a business forum in Georgia", he told us.