A few days ago, I came across an interesting and, at the same time, sad picture on a social network. It was a diorama piece of one of the many houses destroyed as a result of the devastating war in Georgia’s now-Russian-occupied Abkhazia region over 30 years ago. The  inscription of the picture said “this is a house destroyed by the hand of evil, but one that is still alive and carries great emotions.”

The work came from self-taught artist Tamuna Ianvarashvili, who has been creating miniatures for about a year.

In an interview with agenda.ge Ianvarashvili said she wanted to use the diorama as a form of peaceful protest against Russia’s occupation of Georgian regions and its brutality in invading Ukraine in February. 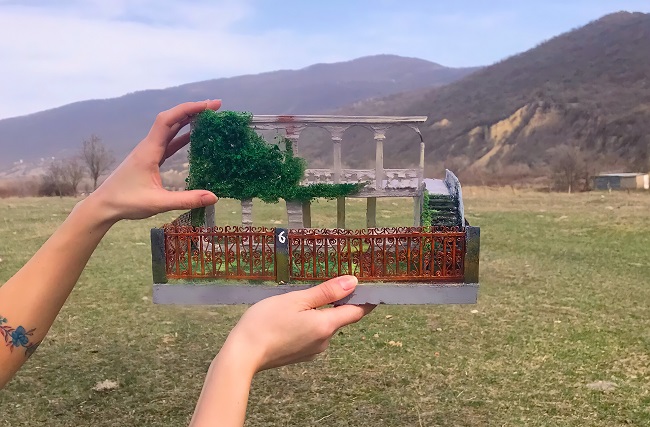 Ianvarashvili said creating the miniature model of the destroyed house was the “biggest challenge and responsibility” for her. Photo: Tamuna Ianvarashvili.

I was eager to express my protest against the Russian aggression not with words, but with my hands, so I found and created the miniature of the house destroyed during the war in Abkhazia,” she told us.

The artist said for her the diorama was “unique” by being shown in a destroyed state, but simultaneously alive with an interesting story, and “waiting for its owner”. 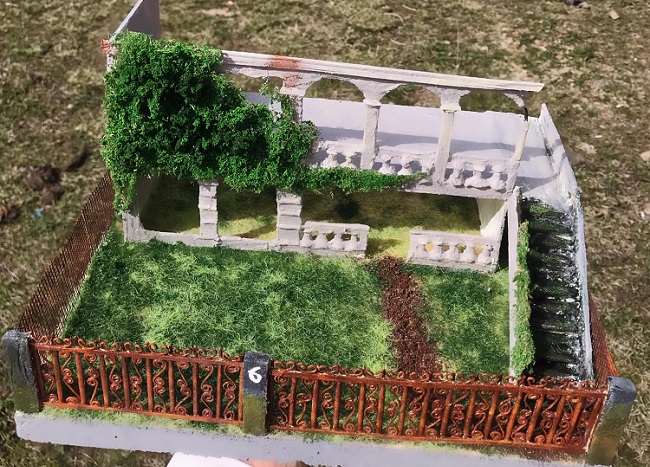 Ianvarashvili said she thought with the loss of the house, its original owner had lost the most precious thing they possessed in the region they had to flee following the conflict in the 1990s. She told us she was looking forward to finding the owner and present them with the piece of their former house.