Right now you can't stay in the hotels named in this article but in a few years all these modern resorts will open their doors and welcome guests.

Today a special fund was created to support development of Georgia’s tourism and hospitality sectors, and bring life to eight large-scale hotel projects worth $680 million USD.

We need developed tourist infrastructure not only in Tbilisi but also in the regions where tourism is so vital but it hasn’t been a priority. Georgia has great potential … and we must do our best to make Georgia a unique, attractive and exciting country on the world tourist map,” said Georgia’s Prime Minister Giorgi Kvirikashvili at the presentation of the Tourism Development Fund.

Unlike the Georgian National Tourism Administration (GNTA), the Tourism Development Fund will focus on these specific hotel projects, while the GNTA will be responsible for wider sustainable tourism development in Georgia.

Take a glance at how central Tbilisi should look in couple of years when Freedom Square, Sololaki and Tabori projects are finished. Animated project video by Georgia's Co-Investment Fund:

The new Tourism Development Fund was created by Georgia’s Co-Investment Fund, a private equity fund of $6 billion that channels capital into needed sectors. It was created three years ago by Georgian billionaire and former Prime Minister Bidzina Ivanishvili.

What are the 8 hotel projects? 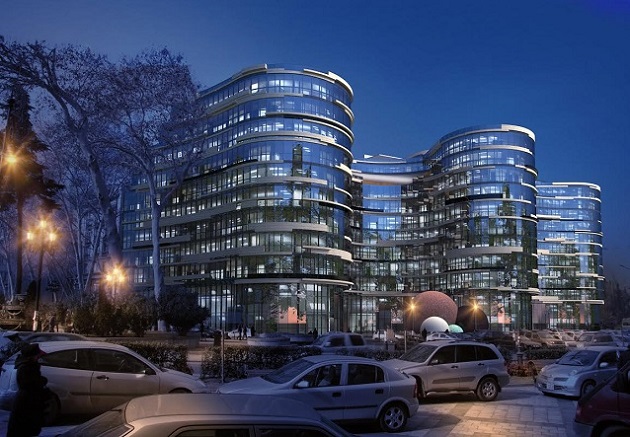 One of the largest projects was Hotel Freedom Square in capital Tbilisi. This will be a $100 million, seven-star hotel located in the heart of Tbilisi.

The 220-room hotel, scheduled to open in 2018, will operate under the Marriot International’s luxury brand, Autograph Collection. 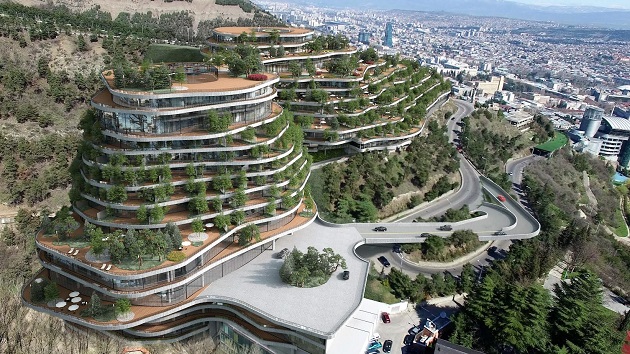 The hotel will be connected to another investment project, Hotel Sololaki Hills, via a cable car ropeway.

Hotel Sololaki Hills, also operated by Autograph Collection, is a $200 million, five-star, 370-room hotel which will open in 2019.

A second cable car will take people from Sololaki Hills to Tabori Mountain, near Mtatsminda where a golf course, cycling path and recreational zone with an artificial lake will be developed. Here a five-star, 80-room hotel will be built for $60 million. The area will be finished by 2018.

PM Kvirikashvili said the Tabori project "will be the new lungs of Tbilisi”.

On Tabori Mountain 160,000 m3 of topsoil will be replaced with new land. There is no irrigation system as of today at the Mountain and we are going to take water from Mtkvari River, make an artificial lake and irrigate the area. The lake will also be able to be used recreationally,” said head of the Tourism Development Fund Irakli Karseladze. 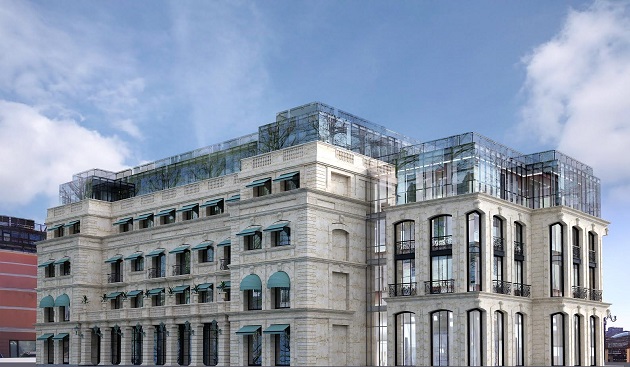 On the banks of the Mtkvari River two hotels will be built at Erekle II Square.

A $10 million five-star hotel will be built at 3 Erekle II Square and feature 46 rooms. This is scheduled to open in 2018. 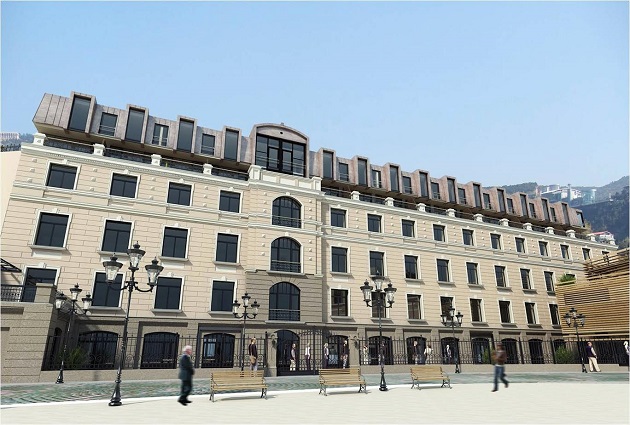 The second hotel at Erekle II will be located at 22 Kote Apkhazi Street near Old Town. About $60 million will be invested in the five-star hotel with 150 rooms, scheduled to open in 2019.

The final three hotel projects will be built outside capital Tbilisi.

This video shows Shekvetili Hotel in its real condition. The hotel is already built on the Black Sea coast. Now the project is in its final stage.

Shekvetili Hotel and Spa Resort is a five-star $80 million investment project that will be a major touristic attraction in Black Sea resort area.

The grand opening of the 220-room Shekvetili Hotel and Spa Resort represented by Autograph Collection luxury brand was scheduled for 2017. 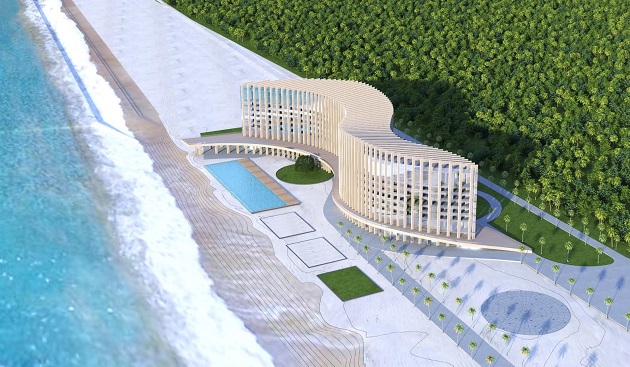 Construction of the new luxury five-star hotel in Ganmukhuri near the Administrative Boundary Line (ABL) separating Georgia’s western occupied Abkhazia region from the rest of the country has already started.

Sixty million dollars will be invested in the 190-room hotel, which is being built on 35,000m2 of land. The new hotel is expected to be fully built by 2018. 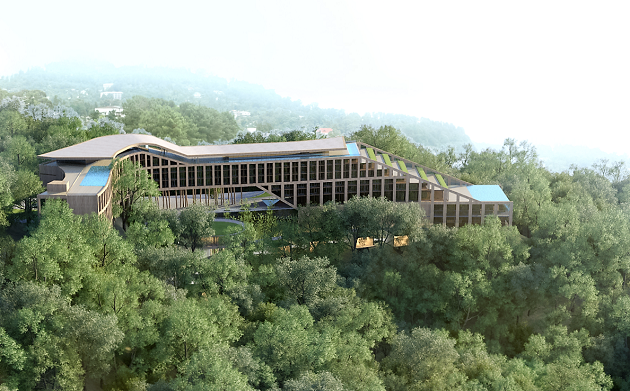 Also on the Black Sea coast a recreational spa complex will be built at Green Cape, worth $110 million. The 280-room facility will have five stars and was due to be opened in 2019.

Out of these eight projects, 259 million GEL (about $110 million/€100*) has been invested into four hotels - Hotel Freedom Square, Hotel Sololaki, Hotel Shekvetili in Tbilisi and Hotel Ganmukhuri in the west. These hotels were already in the development phase.

More than 20,000 people will be employed during the construction of the eight new hotels while about 2,500 people will work in the new facilities once opened.

All hotels must meet top international standards and cater for all people with disabilities.

The hotels must also have a conference hall, sports areas and food facilities.

It was important $10 million is invested into all hotels and each must have at 100 rooms. All hotels must be operated by international brands.

After implementing all hotel project Georgia will have very impressive [facilities] for hosting international conferences and forums,” Karseladze said.

Also we wanted to create infrastructure suitable for all four seasons,” he added. 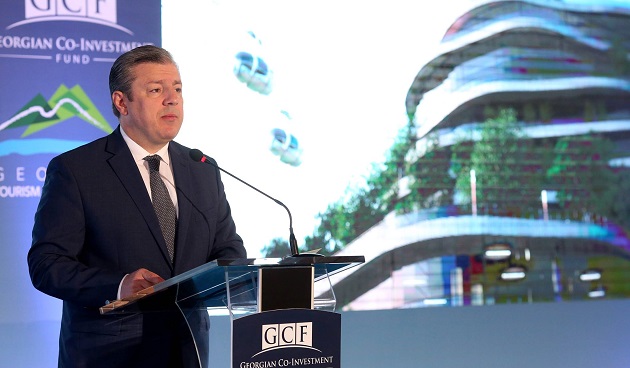 Supporting the restaurant business in Georgia was another goal of the large-scale project.

There is a deficit of proper food outlets in hotels in Georgia. There might be a good hotel with good infrastructure and facilities but the problem is whether there is good food on the menu.

Georgian cuisine is unique and we will help the hotels use this opportunity and improve the food they offer. We aim to offer food brands based on the unique cuisine that Georgia enjoys,” said Karseladze.

The Tourism Development Fund will work alongside Hotel Management Company, created about a year ago by the Co-Investment Fund.

This was a Georgian company licensed by the Marriott International, meaning it was able to manage any Marriott branded hotel in any part of the world.

Hotel Management Company will be obliged to create regional training centres in Georgia. These centres will train local people who want to be involved in hospitality service and improve their qualifications. The trainers will be invited from the Marriot International,” said Giorgi Togonidze, head of the Hotel Management Company.

The Company will also help Georgian brands enter foreign markets, as well as being a bridge between potential investors, hotel owners and international operators.

Thousands of extra beds ranging from five-star hotels to more intimate experiences at local guesthouses are coming to Georgia, giving tourists more choice about where they stay.

At least 60 new hotels, with 3,800 rooms collectively, are currently under construction in Georgia. 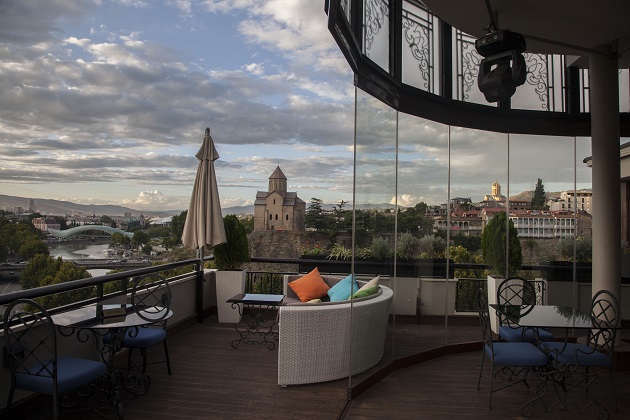 Official statistics from the National Statistics Office of Georgia (Geostat) show there are now 1,225 hotels and 48,457 beds available for tourists in the country.

Tourism is growing in Georgia and the country is reaping the benefits of billions of dollars coming into the local economy from international tourism.

So far this year 4,879,031 foreign guests have enjoyed the sights and sounds of Georgia, while the country generated $867.9 billion from international tourism. 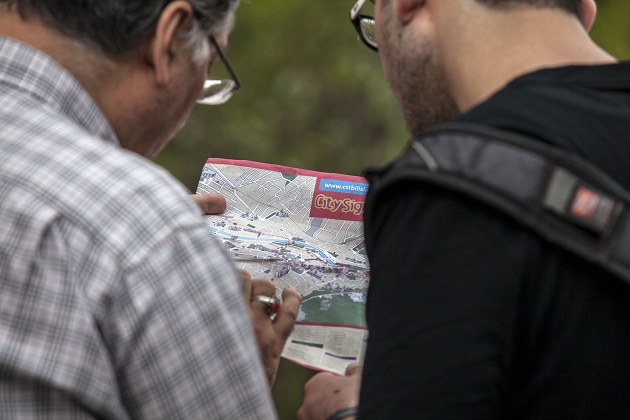