How much would it cost for all households in Georgia to replace old, dated fridges, ovens and washing machines to more energy efficient models, asked a European Bank for Reconstruction and Development (EBRD) official at a conference in Tbilisi today.

His answer – it would cost about €800 million to replace only these three whiteware appliances but the cost of doing so would see the county reap significant rewards and from being a more energy efficient country.

"It’s a bit more expensive upfront but it will pay off in the lifetime of the product,” said EBRD Director of Energy Efficiency and Climate Change Terry McCallion, using Georgia as an example while speaking at the Trade Facilitation Programme Information Session, which was part of the EBRD 24th Annual Meeting. 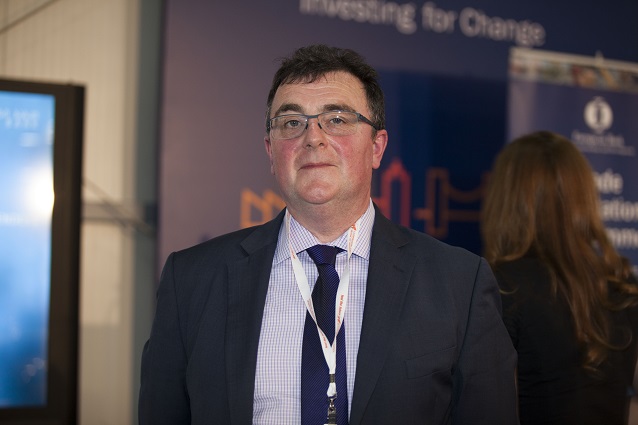 Terry McCallion, EBRD Director of Energy Efficiency and Climate Change is sure that Georgia has a big potential to be energy efficient. "I am confident in Georgia’s energy future", he says in the interview with Agenda.ge. Photo by Nino Alavidze/Agenda.ge

When asked where Georgia was on a scale of energy efficient countries, McCallion said: "I don’t have concrete data but I think Georgia is three times the EU average in terms of the amount of energy which is required to produce a unit of energy per GDP, so the big picture is there’s a very, very large potential for improvement there.”

"It’s very difficult to compare Georgia with other countries in the region but I think we have six banks in Georgia that have specific energy efficiency financing and I think that’s quite remarkable. These programs have been implemented since 2007, and that was one of the earliest examples of that financing scheme and finding a market,” said McCallion.

Some local companies were actively embracing small changes to become more energy efficient. Not only was this beneficial for the environment, it also saved the company lots of money.

I’ve just come from a cement factory and [we were told] that Bank of Georgia made a loan on the back of an EBRD financing program. So we took 70 donors out there to see what can be achieved [by making small changes] and this company has reduced their energy electricity consumption by 40 percent just by changing the core part of their industrial process.” 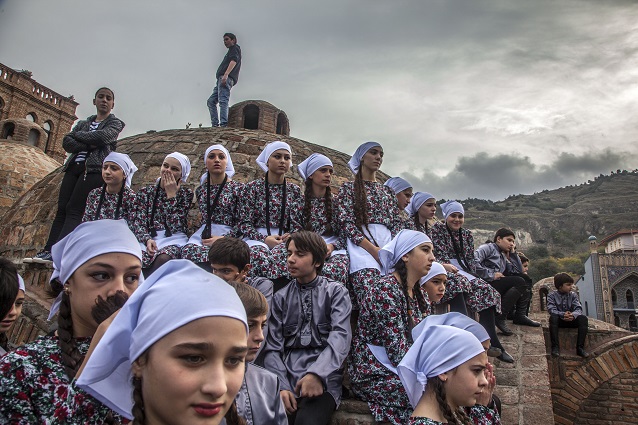 Childeren in national dress on the city celebration day sitting on the roof of the sulfur bath  in Old Tbilisi. Old Tbilisi sulfur Baths built on the hot springs of the city, are the best example of Georgia's energy efficiency in the ancient past. Photo by Nino Alavidze/Agenda.ge

In an exclusive interview with Agenda.ge, McCallion spoke about Georgia’s energy environment and noted if people made small changes, they could experience financial rewards and more.

I think even with the electricity and gas prices of Georgia today, I think companies could easily get returns of at least 15 to 20 percent on basic retrofits for energy efficiency improvements,” he said.

"There is big potential here in Georgia and I am confident in Georgia’s energy future. I think every country should, as well as focussing on energy efficiency, should be making the best use of its natural resources to implement renewables as a steady supply.”

Globally, McCallion stressed there was a lack of awareness of energy efficiency in all countries around the world, but people in Georgia were beginning to make moves towards being more energy efficient.

"I think it’s started, it’s come a long way and there’s still plenty to do and we’re there as a partner in Georgia, between Georgian companies and Georgian banks, to help in that journey.”