Georgia is establishing a rural development policy and rolling out the changes to meet best practices across Europe. After Kazbegi and Borjomi, the European Union’s (EU) pilot project is starting in Georgia’s Lagodekhi municipality, allowing the country to provide better rural services and jobs in agriculture, eco-tourism and rural business.

To help Georgia achieve this, the EU has provided €3 million (8 million GEL) and launched a new rural development program with Georgia's Ministry of Agriculture.

The rural development approach recognised the unique features of each territory and how communities and local authorities could best use the available resources or opportunities for financial and commercial gain.

The program was launched under the EU-funded European Neighbourhood Programme for Agriculture and Rural Development (ENPARD).

Which regions will benefit from the pilot projects?

The program consisted of three pilot projects that will cover three municipalities in Georgia - Lagodekhi, Kazbegi and Borjomi. The projects aimed to increase public participation in civil matters, develop a varied harvest and provide resources to assist overall regional development.

The pilot scheme officially launched in September in Kazbegi municipality, in Borjomi in October and in Lagodekhi this month. In each region different non-governmental organisations (NGOs) will be responsible for carrying out the projects. 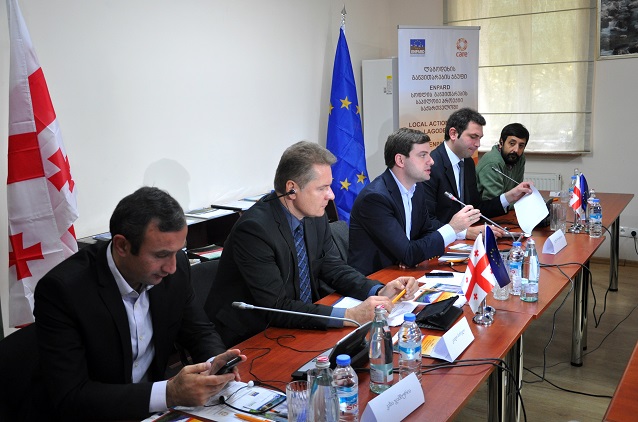 A new pilot project for rural development in Lagodekhi was presented on November 12, 2015. Photo from ENPARD.

The Lagodekhi pilot project will be implemented by CARE, an international humanitarian NGO, in partnership with the National Association of Local Authorities of Georgia and the ETEA Foundation, a rural development organisation from the Spanish region Andalusia.

The pilot project started in 2015 and will be completed by 2017. After two years CARE will leave the project and locals will continue working on their own.

The new rural development projects will create Local Action Groups (LAGs) that consist of representatives from local authorities, the private sector and civil society who will collectively develop and implement local development strategies.

There will be three levels system of governance:

The project was mainly based on the LEADER approach, which means ‘Links between the rural economy and development actions’. 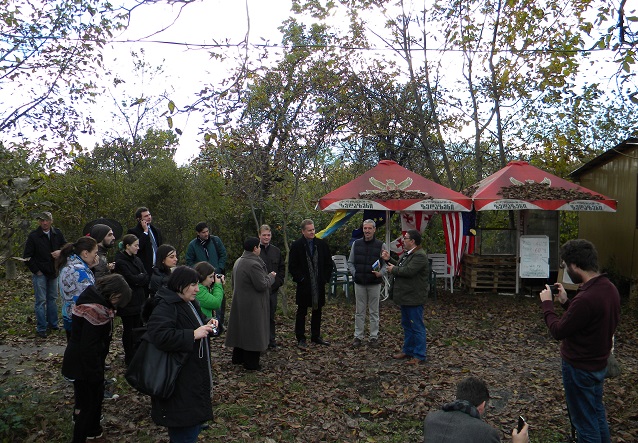 A field visit to a guest house in Lagodekhi. The owner of guest house hosted EU and Government officials on his property. Photo from ENPARD.

The LEADER approach was associated with local empowerment through local strategy development and resource allocation. The main tool for the application of this approach to area development and involving local representatives in decision-making was using LAG.

We have more than 200 potential members for LAG. The central Government should not interfere in developing local agriculture. This is the local Government’s and people’s business because they know better what the local needs are,” said CARE project manager Juba Maruashvili.

We have already completed working on community mobilisation. We have just started working on the Development Strategy. As soon as we have the first draft of the Strategy we will announce a grant component to support local economic and social initiatives,” he said.

The leading directions in Lagodekhi are tourism and agriculture. Accordingly we will support the projects that will be based on these main directions. It is also very important to develop manufacturing in this region,” he added.

Maruashvili said different LAGs in Georgia will cooperate with each other and each group will have the opportunity to share their experiences.

Furthermore, thanks to our partner organisations abroad we will arrange exchange visits so Georgian LAG members will visit Spain for example or Scotland and bring their experience to Georgia,” he added.

Read about the Kazbegi and Borjomi municipalities' pilot projects.

Why are these pilot projects important for Georgia?

As well as the benefits developed agriculture brings to the country, running these pilot projects in Georgia was an important component of the Association Agreement (AA) regulations.

Georgia has signed an AA with the European Union. Developing the agricultural sector in Georgia is one of the directions of the Agreement [and] Georgia must meet certain standards and implement various regulations in this direction,” said First Deputy Minister of the Ministry of Agriculture Nodar Kereselidze.

At the same time, the European Union helps Georgia to meet these standards. ENPARD is one of the tools the EU uses in Georgia to help the country develop the agriculture sector. Soon the first stage of ENPARD will be complete and the second stage will start,” he noted.

Lagodekhi Governor Kakha Jamburia spoke about his expectations and concerns regarding rural development in the region. 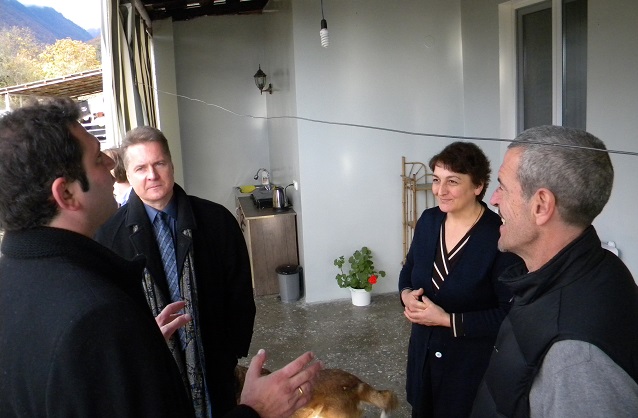 Another guest house in Lagodekhi. The guests were invited to sample homemade Georgian bread, wine and Churchkhela. Photo from ENPARD.

This pilot project is very important not only for developing agriculture in Lagodekhi but also for local business society as well,” he stressed.

At least we will learn how to write a business plan, how to work on the strategy. People will use this knowledge in their everyday life. Lagodekhi has a lot of potential to develop its agriculture and tourism. Now it is important everyone works very hard,” Jamburia said.

As a result rural areas have changed in Spain. Now they have a strong economy and developed agriculture thanks to the LEADER approach. Even more, some people are leaving the cities for rural areas because they see there is a good quality of life for the rural population. We are happy to share all our experiences with Georgia and achieve the same goals here,” Portillo said.

The rural development approach recognised the unique features of each territory and how communities and local authorities benefit from capacity building and support to identify and implement their own development strategies.

On this basis, the EU’s support to rural development over the next years will expand to other regions, and this will help Georgia establish a successful rural development policy following the best practices across Europe.

Georgia is at present benefitting from €52 million in support to agriculture and rural development through the EU-funded ENPARD programme.