For the first time in 40 years a new English translation of the legendary, 12th Century Georgian poem The Knight in the Panther’s Skin by famous poet Shota Rustaveli has been released. And the lady who translated the epic poem over three years now planned to write a film script to turn the historic piece into a feature film.

The Knight in the Panther’s Skin has already been translated three times but the latest version by well-known American writer and translator Lyn Coffin was deemed a perfect match as it was the first poetic translation within the 16-syllable shire, the poetic form used by Rustaveli himself.

Coffin started to work translating the Georgian poem in 2012. Her translation was based on the 1965 Soviet edition of The Knight in the Panther’s Skin. It was a three-year process that involved many Georgian literature experts. 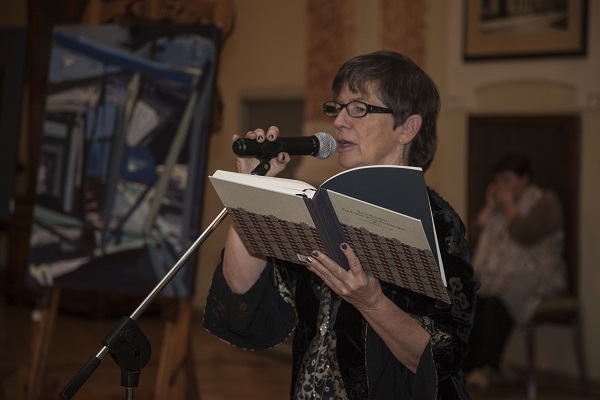 Coffin discussed her new translation of the historic poem last week at the fourth Georgian Film Festival, held in London from October 1-7. At the event renowned English actress Diane Quick recited rhymes from The Knight in the Panther’s Skin for the audience.

During her career Coffin has written 18 books. She has published fiction, non-fiction and poetry pieces in more than 50 quarterlies and small magazines, including Catholic Digest and Time magazine. One of her fictional stories, originally published in the Michigan Quarterly Review, appeared in Best American Short Stories 1979.

She has also written plays, which have been performed in theaters in Malaysia, Singapore and all over the United States, and given poetry readings with Nobel Prize winners for literature Joseph Brodsky (1978), CzesÅ‚aw MiÅ‚osz (1980) and Pulitzer Prize winner Philip Levine (1995), among others. 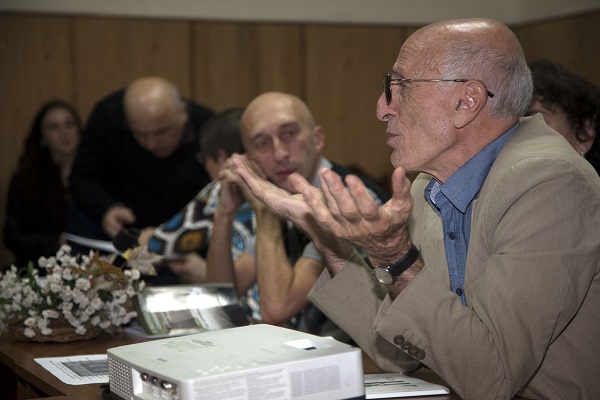 Coffin first visited Georgia in 2011 and while here she translated works by a number of modern Georgian authors: Zaza Abzianidze, Givi Alkhazishvili, Dato Barbakadze, Giorgi Kekelidze. She also worked alongside Gia Jokhadze and prepared the anthology Georgian Poetry: Rustaveli to Galaktion, which was published in 2013. 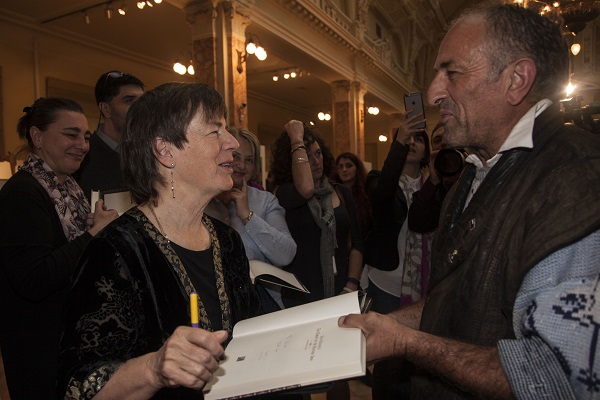 3,000 copies of the new translation by Lyn Coffin have been published.Photo by N.Alavidze/Agenda.ge.

The first English translation of the poem was completed by Marjory Scott Wardrop, who turned the writing into prose form. This translation was published for the first time in 1912.

The second translation in poetic form was completed by Venus Urushadze, written in hexameter style, and was published in 1968.

The third translation, in prose, was carried out by R. Stevenson and Katharine Vivian and published in the United States and England in 1977. 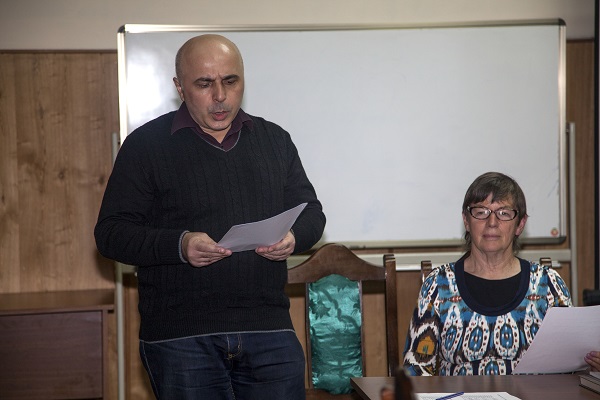 Georgia's Otar Tsiskadze translated up to 100 poems by English poet Lord George Byron into Georgian. Coffin asked him to translate one of her fables into Georgian and read it before an audience. Tsiskadze has also translated poems by William Shakespeare and Percy Shelley into the local language

In an exclusive interview with Agenda.ge Lyn Coffin revealed her bold plans to transform The Knight in the Panther’s Skin from a poem into a feature film.

A: When I came to Georgia in 2011 my Georgian friends suggested I translate the poem. To tell you the truth I was not happy with the idea as because it was 12th Century work I thought it would not be interesting enough. But when I started reading it I was amazed.

There was a King in 12th Century Georgia who wanted to give his throne to his daughter. There was a Knight who was weeping. It was so special and different to the European literature that existed of that time. There were multiple things that attracted my interest; the comprehensiveness of the poem mainly. I was reading it with my grandchildren and every day they asked me to continue reading. When I was translating I did not know how the plot would develop and I was very interested in learning out what happened.

A: No I do not believe [it is good to read it thoroughly first] because when you know how a story ends you try to fit words with each other and the process hinders the emotional background of the story. When you translate it without knowing the ending you are fully involved in the story and feel the emotion better and can move the emotion into the translation in a much better way.

A: Now I am planning to write a [film] script from this poem. I also intend to study Spanish and translate works by contemporary Mexican poets.

A: One producer is already interested [and] I hope the level of interest will grow. I am ready to come and live here during the process of making the movie and help people involved in the process.

A: Yes, I would be happy to be so [although] I have forgotten how to speak in Georgian. But when I start working on the script I believe I will be able to speak much better again.

A: First of all I would make a movie on Rustaveli’s poem. Georgians are very generous people. I sense many things are now better in the country than how it used to be in the past. People are no longer dying because of lack of money for medical treatment, the streets are cleaner and there are much fewer homeless people. Such things are worth promoting.

A: I would advise them to always work and cooperate with native English speakers because when I read translations the English is not good in many cases. I want the translations to be really good.