The Government of Georgia is betting the country’s production industry will be cured of its troubles by a unique program that will give funds and support to new businesses in the local production market.

The Government-led a 46 million GEL ($27 million USD) program, ‘Produce in Georgia’, aimed to recover the country’s production industry and in turn, improve Georgia’s economic future after years of being severely hampered.

The unique approach has never been implemented by the Government in recent years and outlines plans to inject new money, resources and experience into private businesses to stimulate the creation of new enterprises in local markets with the aim of developing production-oriented industries. 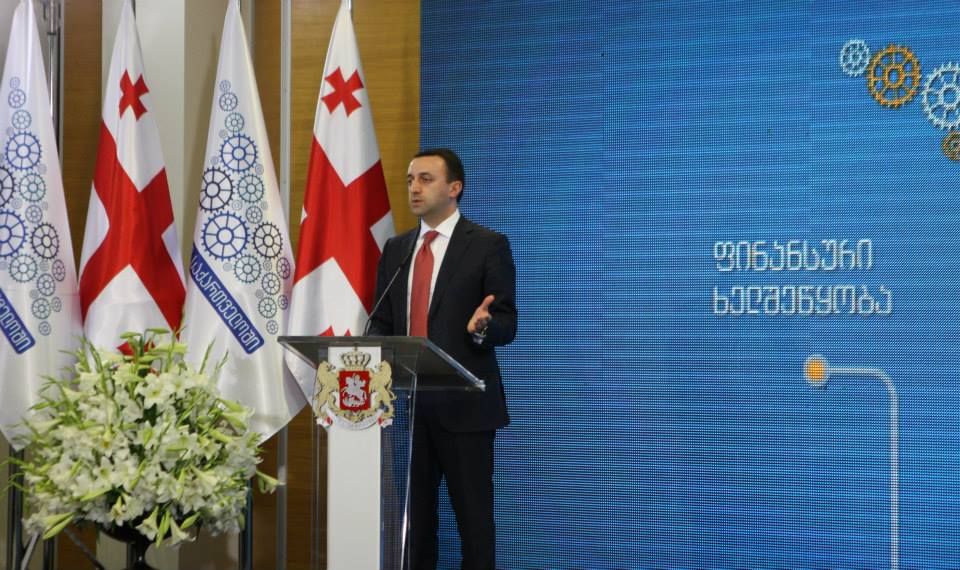 Prime Minister Irakli Garibashvili, who initially came up with the idea, believed the project would "rebuild Georgian production in every region, district and village and bolster its revival”.

"Georgia has great potential to produce various products on its own and not be dependent on imports. This will bring new jobs, additional income and welfare for

PM Irakli Garibashvili during his speech at the presentation of the programme "Produce in Georgia". Photo by Ministry of Economy Facebook page

people," Garibashvili said at the presentation on May 19 while introducing the advantages of the program to the Government, business representatives and journalists.

"The program ‘Produce in Georgia’ must become a Georgian brand eventually – ‘Made in Georgia’,” he noted.

The Prime Minister said the program would initially support any entrepreneur who decided to create a new industrial and agriculture enterprise. In this instance, the Government will offer assistance to the entrepreneur in three ways: financial accessibility, infrastructure accessibility (real estate), consulting service.

In particular, new businesses will be granted with preferential loans from local commercial banks with low interest rates (11%-13%), with the Government covering 10 percent of the interest cost. The credit line for those involved in industrial production enterprises will range from $150,000 to $2 million (USD). The preferential period for credit will be two years and state will be the collateral.

The Banks Association president considered the Government initiative would be interesting to local banks as it would also stimulate the banking sector.

"The project outlines the risk minimization from banks as the Government will cover part of the interest costs,” Zurab Gvasalia said.

However, he said the liquidity level of banks was high and they would capitalize this money in "very stable actives”.

In terms of infrastructure accessibility (real estate assistance), business owners will be granted with a real estate with a amortized price, which are state property, or the building could even be ‘sold’ to the applicant for one Lari ($ 0.57 USD).

In order to be eligible to be granted real estate in the capital city, businessman must invest at least six times the amount of the real estate's market price and four times for outside capital.

In addition, business owners will be offered consulting services to help them market and create their product and ensure it reached international quality standards.

Those who create a business in Georgia’s regional areas will enjoy additional privileges, the Prime Minister said.

The Government also outlined areas in the industrial sector and agricultural sector that could be further developed.

In the industrial sector, the program identified improvements could be made in production of: 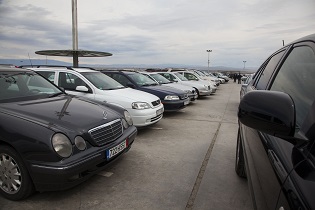 New businesses in car building and textile industries will be financed in the framework of the programme. Photo by Nino Alavidze/agenda.ge

In the agricultural sector, the program identified improvements could be made in developing high technological 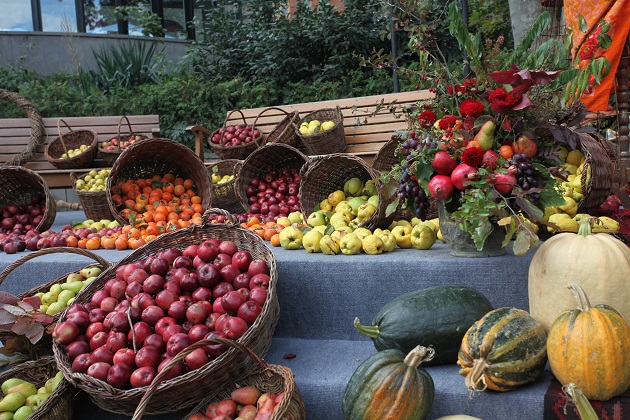 Establishing the new fruit processing company is one of the priority of the programme. Photo by Nino Alavidze/agenda.ge

While the Government’s initiative would provide many benefits for new business, it would not hamper free market competition, believed Tbilisi-based economy expert Emzar Jgerenaia.

"It is a much perfected program. People in Georgia have been waiting for this for many years,” Jgerenaia said after attending the presentation.

"I would focus on the Government’s role and ensure it does not interfere in businesses in the framework of the project. In particular, businesses themselves will decide what to do,” Jgerenaia said.

He said the program and the Government support offered in the program was "essential for developing countries like Georgia”.

The president of Georgia’s Business Association Giorgi Tchirakadze believed entrepreneurs needed to think carefully about their prospective businesses and the future productivity of their company before applying to be involved in the program. 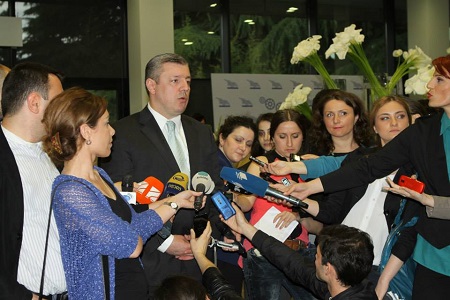 Coordinators of the program, including the Economy Ministry and Agriculture Ministry, would help choose which business ideas to develop, Tchirakadze said.

The Government believed one stimulus of the project was the Georgia-EU Association Agreement (AA), which included the Deep and Comprehensive Free Trade Agreement, and is expected to come into effect this autumn.

The Ministry of Economy and Sustainable Development Giorgi Kvirikashvili gives interview to local media representatives after the presentation. Photo by Ministry's Facebook page.

Meanwhile, the Minister of Economy and Sustainable Development Giorgi Kvirikashvili believed the life-cycle of newly established businesses in Georgia were "too short”.

Kvirikashvili said this program would support the development of competitive local producing companies.

The head of Georgia’s Export Development Association Gvantsa Meladze, who assisted entrepreneurs develop and exporters willing to practice top standards of business management, believed the program would work effectively if new businesses produced goods that were competitive in international markets.

"We could support companies who compete in local and international markets to manage and export their goods to the European Union and not be too reliant on the markets of post-Soviet countries,” Meladze said.

‘Produce in Georgia’ will launch on June 1 this year.