On his quest to discover his Georgian heritage, David Gorji uncovers the roots of the ancient language, the country’s divine origin and its beautiful landscape - and discovers some of Georgia’s best-kept secrets along the way.

His book Georgian Gorgeous or Gorgeous Georgians? was recently released in Georgia and is now available on Amazon.com in print form for $27 USD.

Where do I come from?

For many years David Gorji was plagued by his constant curiosity for the answer to this question. Growing up in America, Gorji identified with the western world but he longed to know about his past. 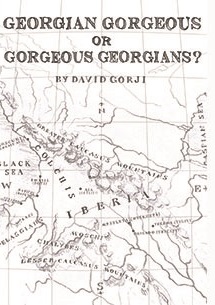 So Gorji began researching, spoke to historians all over Georgia, and gathered a myriad of information – and published a book that showcases Georgia in a unique and untold way.

"Most books about Georgia are written by Georgians for Georgians and then translated into English so I don’t think you can expect Westerners to understand fully and become engaged, so the idea was to write something for Westerners in a way that would interest them,” Gorji said.

Now aged in his 50’s, Gorji found some time on his hands and was prompted to begin writing a book. Once the seed was planted in his head, Gorji began the research phase. "I came to Georiga, learnt Georgian and I learnt everything I could have possibly learnt,” Gorji told Agenda.ge

And on his journey he was surprised by what he found.

"The name Georgia most likely stems from the Persian and Arabic name for Georgians(Gurj), and this reached Western Europe through the crusaders and pilgrims” writes author in the chapter Georgian Gorgeous or Gorgeous Georgians?. "Fairly recently, I discovered that the word gorgeous may have had its roots in the name of my ancestors, the Georgians.”|/ Excerpt from the book.

"It started as a discovery about Georgia but it grew into something greater. What I discovered was we, mankind, have much more in common than we think. A lot more,": he said. 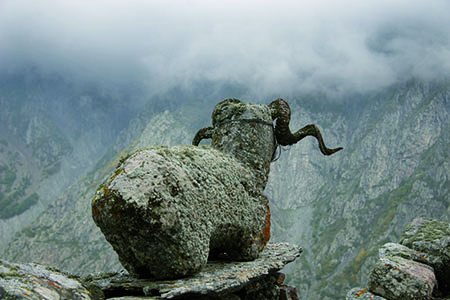 "All over the world, and throughout history, we have common ancestry, which led me to an idea – and maybe it might sound idealistic – but discovering we have so much in common could help us understand that peace and love are the supreme values and it’s something we all share. That was my supreme discovery while working on this book.”

The best place to contemplate and fathom eternal questions, such as "Who am I?” "Where do I come from?” Photo by A.Kikodze (Illustration from the book)

"In my mind, there mere fact that the word 'wine' derives from the Georgian word 'ghvino', is enough proof to establish Georgia as the cradle of winemaking. Some scholars believe that this Georgian word entered into the Indo-European languages via Semitic (the Semitic languages are those spoken mainly in the Middle East and North Africa, including Arabic, Ethiopian, Hebrew and Aramaic). It is important to note that in Georgian, 'ghvino' is tied to the verb 'ghvivili' (to bloom, to arise, to boil, to ferment) and to the root 'ghv 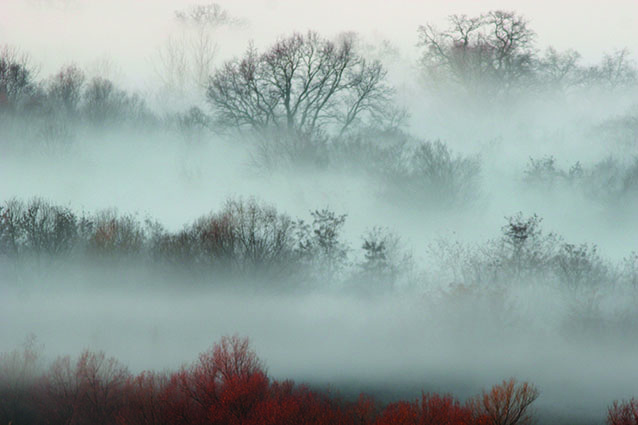 Georgia is an endless riddle, mysterious and unfathomable as mist. Kazbegi, Georgia. Photo by A.Kikodze. (Illustration from the book)

Planning, researching and writing the book consumed his life. It was a 24-hour-a-day job, constantly on his mind.

"Thinking about it and processing all that information was constant but typing would be about five or six hours.”

"I gathered tonnes of material. The initial volume of what I wrote was between 250 and 300 word document pages but this book is only about 70 pages … so cutting it down was pretty difficult,” Gorji said.

"One of my favourite things about this experience was browsing through all materials. I like researching and digging deep. I didn't get overwhelmed but the only problem I had was I had so much to tell and how can I squeeze it into one book.”

Visiting Mount Homli was one highlight, but he also enjoyed meeting native Georgian’s and listening to their tales.

"I really loved meeting with people and listening to them, for example, I met someone who was a linguist and I said I’m writing a book on Georgia and can you tell me something extraordinary, crazy, something that nobody knows, so that was crazy and fun.”

"This journey took me to places in Georgia I had never been and one of my most memorable places was Mount Homli. It’s impossible to pronounce in English but Homli is the closest so I decided to write it like that. 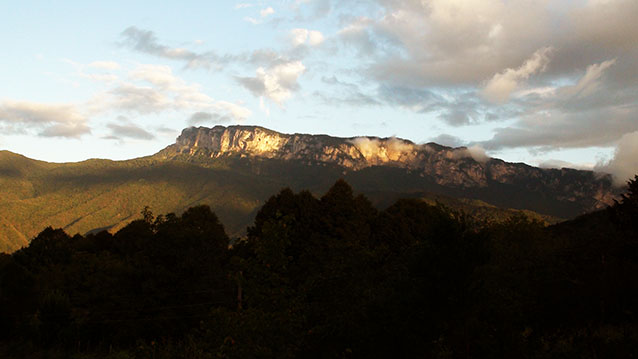 "I have always been fascinated with Greek Mythology and then all of a sudden I find out that this place is the place where [Greek immortal] Prometheus was supposed to be chained, so that was really exciting.”

"And then I also saw this pictogram there and according to some calculations it must have been around the time of the supposed universal flood took place so that was just amazing being there.” 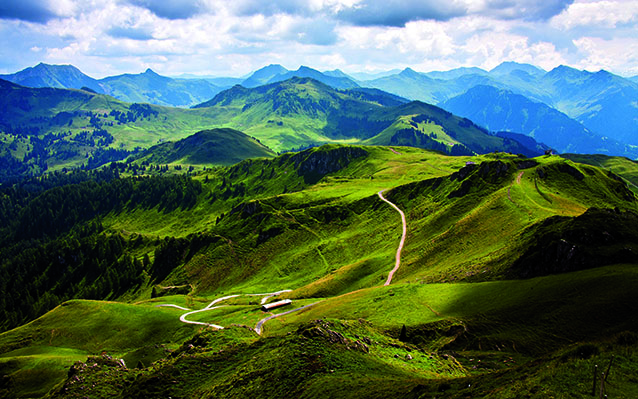 The road winding above among the mountains. Samtske-Javakheti, Georgia. Photo by D.Jokhadze (Illustration from the book)

Gorji was encouraged to find many Georgian’s had a strong knowledge of their cultural identity and ancestry but he still feared Georgia’s history would be forgotten.

"I was surprised by how little I knew about Georgia. There are so many things to learn and I am still learning. I’ve already made several changes to the Amazon version because every day I learn something new.” 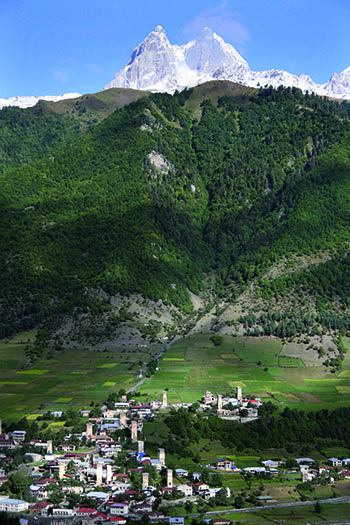 "[This book] offers very new material and it was my intention to write something new that hadn’t been covered yet or covered from a different angle … and I say this with respect that Georgian’s know about their country but they can always learn more.”

Georgian Gorgeous or Gorgeous Georgians? is Gorji’s first book. He is the first author in his immediate family and is extremely proud of how the book turned out.

"I hope readers have fun while they’re reading this book and learn something new at the same time,” he said.

Gorji plans to write a sequel but is waiting to see if there is demand.

Asked if he would do it again, Gorji replied: "Absolutely, yes I would. I had a lot of fun.”   Mestia, Georgia. Photo by A.Kikodze. (Illustration from the book)