Two little Georgian sisters were once advised to add stalks of hay into a manger where the Baby Jesus lays at the nativity scene every time they would do a nice thing. This "nice thing could be something like giving a candy to another kid even if they themselves wanted so bad to eat it.

"The more hay stalks you put, the softer the Jesuss bed will be, they were told. 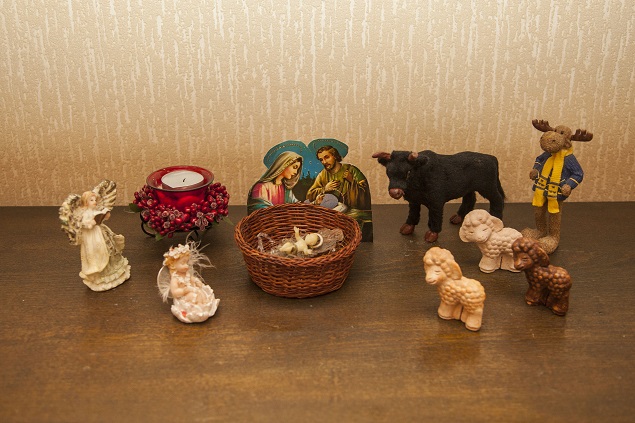 The nativity scene at the Zhvanias'; Photo by N. Alavidze; See more about Christmas celebrations in Georgia "In Pictures".

These girls are now grown-up ladies having their own children, but they still keep the tradition of "doing nice things for Christmas, and for life in general.

Nana Zhvania, currently 66, is mother of these two sisters. She sets up a nativity scene at her home in Tbilisi every Christmas for 30 years already, since she and her husband have joined the Georgian Catholic Church.

There are about 50,000 Catholics in Georgia. This is about 2% of the total population. Most of them live in the southern part of the country, where Catholicism spread back in the 13thcentury. 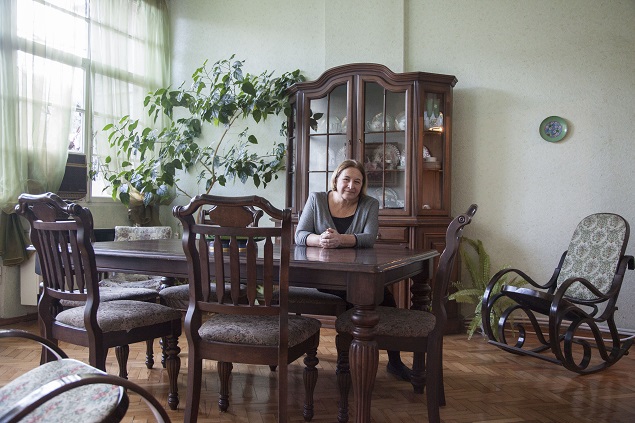 Nana Zhvania says she converted to Catholicism but didn't leave Orthodoxy either. Photo by N. Alavidze;  See more about Christmas celebrations in Georgia "In Pictures".

Nana Zhvania is not one of those Catholics, though. She and her husband were Orthodox Christians, converted to Catholicism during the Soviet time in protest against Russia.

"The church of the country where Christianity was preached by three Apostles, two of whom were buried here, Russian church would call such a church its "younger brother. We felt a need to protest against this. We were against Russia and the Soviet Union. America was a dream place for us, as it seemed so unreachable. That was when we first started exploring Catholicism, Zhvania says.

She now considers herself a real Christian, respecting both Orthodox and Catholic churches.

"Visiting Georgia once, Pope John Paul II said that Catholicism and Orthodoxy are two lungs of one organism. My family is a perfect example of this, Nana Zhvania says, adding that on December 25, her home phone rings all day long and their Orthodox friends and relatives wish her a merry Christmas. "Then I invite them all home and we celebrate together, she says. 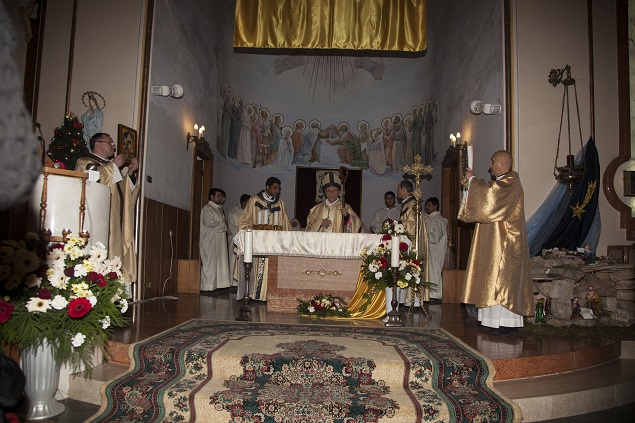 The Catholics in Tbilisi are mostly Georgians and Armenians as well as a small Assyrian community of the Chaldean Rite. Photo by N.  Alavidze; See more about Christmas celebrations in Georgia "In Pictures".

There are two Catholic churches in Tbilisi. Mass is provided with Georgian language in both. Guseppe Pazzoto was appointed as Bishop of the Georgian Catholic Church in 2000. He is now fluent in Georgian.

Nana Zhvania attended the Christmas service at the Cathedral of Our Lady in the old historical part of Tbilisi. Georgians celebrate Christmas on January 7 in accordance to the Orthodox tradition, though the Christmas spirit is already felt on December 25 in this part of the capital.

As the Catholic community is not too large in Tbilisi, nearly everyone knows each other. After the Christmas mass, Georgian Catholics have the tradition of having a Christmas dinner together in the church yard. The dinner was followed by the Christmas concert in the Cathedral, this year. 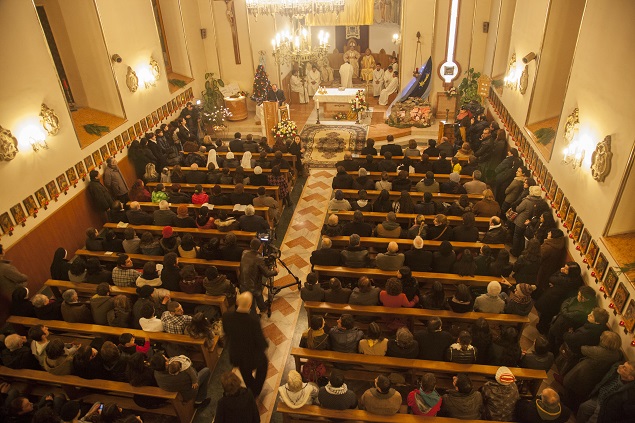 Mass is in Georgian language in the Cathedral of Our Lady in Tbilisi. Photo by N.Alavidze; See more about Christmas celebrations in Georgia "In Pictures".

Nana Zhvania says that Georgian Catholics have close ties to Orthodoxy, too. "We celebrate all Orthodox holidays as well. We are told in the church that we are Georgians, so we have Orthodox friends and relatives and we enjoy celebrating with them, she says.

The Zhvanias have both Catholic and Orthodox icons on their walls at home. They say that it does not matter how these two branches of Christianity differ from each other. What matters is how much hay there is in the manger and how soft this makes the Jesuss bed. 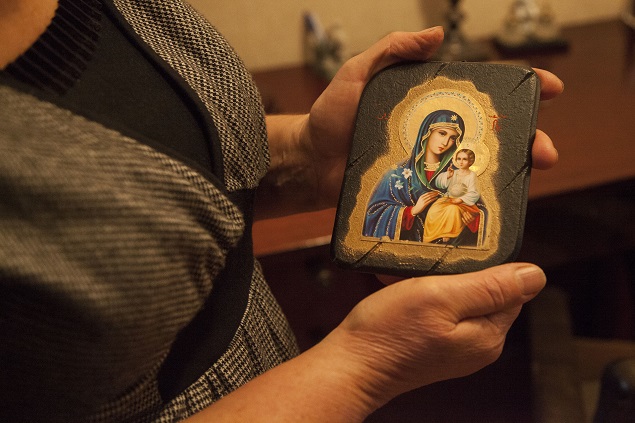 This Orthodox icon was given to Nana Zhvania's daughter by an Orthodox priest. She keeps the icon in her bedroom. Photo by N. Alavidze; See more about Christmas celebrations in Georgia "In Pictures".