The Georgian Central Election Commission (CEC) has dismissed allegations of the United National Movement opposition party that voters’ lists were handed out earlier than was planned to Zugdidi polling stations, in western Georgia, which could may have been used to influence voters.

Voters’ lists, which are used in the polling stations on the election day, include personal information, as well as the photo of the voter.

The opposition stated that the lists were to have been made available on May 17, two days before the upcoming by-elections in Tbilisi and the regions.

CEC says that there are 107 polling stations in Zugdidi and they are being provided with election materials and inventory gradually. 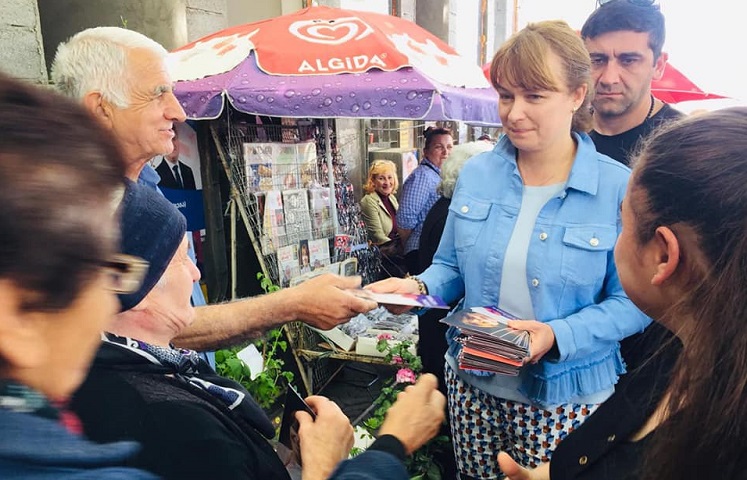 The process goes on for several days, is very transparent and is in full line with the law. The process takes place during every elections in the country. As for the voters’ lists, they were supposed to have been handed over to polling stations no later than May 17, based on the law,” the CEC says.

However, “to avoid any speculations,” the CEC has made the decision to take the lists back to the district election commission, as well as seals.”

The seals of registrars of Zugdidi polling stations will be completely changed,” the CEC stated.

The lists and the seals will be handed over again to the polling stations, together with ballot papers, several hours before the elections.

The mayoral candidate of the United National Movement in Zugdidi, former First Lady Sandra Roelofs, says that the government is trying to exercise pressure on voters and rig the elections.

She urged the diplomat corps to closely observe the situation.