Mirian Khukhunaishvili made history by becoming the first conductor to win both the Paavo Järvi Scholarship and the international audience vote at this year's Conductors' Academy of the Tonhalle-Orchester Zürich on Friday.

The Georgian participant, who is co-founder and music director of Tbilisi Youth Orchestra, earned both the prestige of continuing his work with the acclaimed Estonian conductor as part of the Järvi Academy at the Pärnu Music Festival, and a 1,000 Swiss franc money prize.

He was announced as the double winner following the closing concert of the 2022-2023 Academy, which brought six conductors with Järvi and the Zürich orchestra to develop their skills over the course of three days, with the final concert livestreamed online. 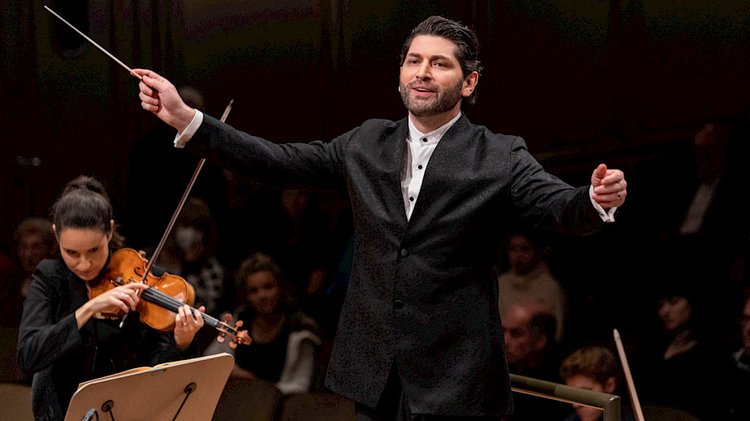 The Georgian conductor leads a performance of Schumann's Symphony No. 1 at the Academy. Photo: Frederic Meyer

A graduate of Tbilisi State Conservatoire, Khukhunaishvili has doctoral degree in conducting at the Academy of Music in Krakow and is invited faculty member at the Iceland University of the Arts.