Foreign direct investments in Georgia up 9.1% in Q2

Foreign direct investments in Georgia totalled $351.8 million in the second quarter of 2022, marking a 9.1 percent increase compared to the adjusted data of the same period in 2021, the National Statistics Office of Georgia reported in its latest figures on Thursday.

Geostat said an increase in equity, reinvestment of earnings and debt instruments had been the main reason for the growth in FDI, with the share of reinvestment in Q2 2022 amounting to 68.3 percent of total FDI.

The top three sectors with the largest share of FDI in the second quarter of 2022 were as follows: 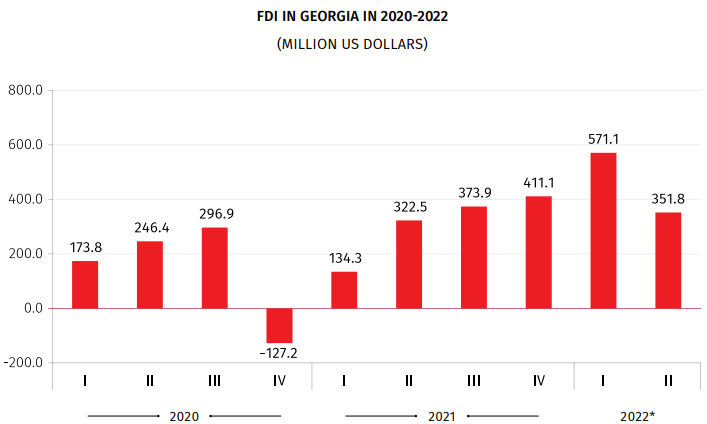 The aforementioned three economic sectors in FDI equalled 56.8 percent in the second quarter of 2022.

The top three countries that invested the most in the second quarter of 2022 were: 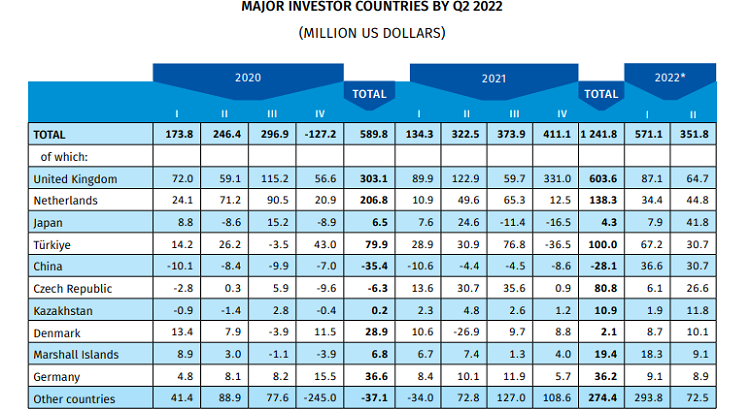 Prime Minister Irakli Garibashvili on Monday said Georgia’s average real gross domestic product increase of 10.3 percent between January and July was an “unprecedented economic growth worldwide” on the backdrop of Russia’s war in Ukraine, which he said had caused “serious economic challenges in Europe, and in the whole world”.

The Prime Minister said despite the challenges caused by the conflict, Georgia had managed to “have a double-digit economic growth, which, of course, is very welcome”, adding the country’s exports had increased by 40 percent, while remittances had grown by 46.8 percent, exceeding $300 million, in the reported period.