A corner of Georgian historical exhibits has been launched at the Sheikh Faisal Bin Qassim Al Thani Museum in Qatar, a venue housing the Sheikh’s personal collection including Islamic art, Qatari heritage and more.

The Georgian Government Administration announced the opening on Tuesday, adding the Georgian section had been located at “a visible place” in the venue which also displays handmade carpets and coins from four continents.

The section was unveiled by Georgian Prime Minister Irakli Garibashvili, who is in Qatar to attend the Economic Forum in Doha, and Sheikh Faisal Bin Qassim Al Thani, who is also the Chairman of the Qatari Businessmen Association.

A permanent Georgian section has thus been established at one of the most remarkable museums of Qatar, and the exposition of Georgian exhibits will facilitate the promotion of Georgian culture, history and art in Qatar", the Administration said. 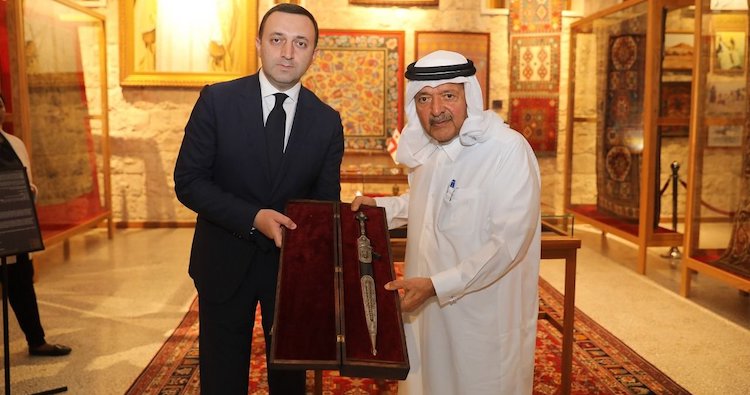 Before unveiling the display at the museum, Garibashvili and the Qatari Sheikh reviewed cooperation between the two countries in the areas of economy, trade and investments.

The Sheikh expressed readiness to visit Georgia in the “nearest future” and observe the investment potential of the country.