Georgian Prime Minister Irakli Garibashvili, along with the EU ambassador to Georgia and three ministers have left for Brussels earlier today to attend the sixth meeting of the EU-Georgia Association Council.

The meeting will concern regional, Georgian political and economic issues, as well as the ongoing, EU-mediated talks between the ruling Georgian Dream party and the opposition on the issues of repeat parliamentary elections and the release of opposition leader Nika Melia and the co-founder of the opposition-minded Mtavari Arkhi TV channel Giorgi Rurua.

Garibashvili is scheduled to hold his first meeting with the European Council President Charles Michel who paid a visit to Georgia on March 1 and delegated a mediator in the Georgian ruling party-opposition talks following the visit.

The mediator Christian Danielsson is still in Georgia because his three-days meetings with all parties in Tbilisi ended without the result. 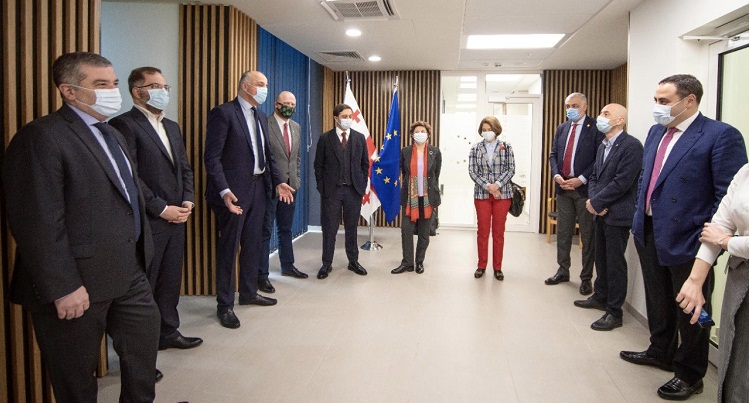 Georgian opposition parties say that if no agreement is reached with the ruling party in the coming hours, the Georgian delegation will face problems in Brussels. Photo: EU delegation to Georgia.

Today is the fourth day of the visit and Danielsson has expressed his hope on ‘coming to some agreement’ by the end of the day.