Major historical exhibits from the 19th century Dadiani Palace in Georgia's west can now be found online by visitors of Google Arts & Culture, an online repository of artwork and biographies of notable persons from history.

Showcasing icons, artwork and accessories telling the long history of Christian faith and ceremonial traditions from across Georgian regions, the exposition involves items from the 16th to 18th centuries, from the Kortskheli Icon of Jesus Christ commissioned by Levan II Dadiani of the noble family, to the Tsaishi Icon of Virgin Mary.

Published on the Google platform by Tbilisi's Art Palace museum, the exhibits were selected by the venue's Mariam Kikvadze based on work by researcher Lili Beraia - who also authored a recently released book on the riches of the palace. 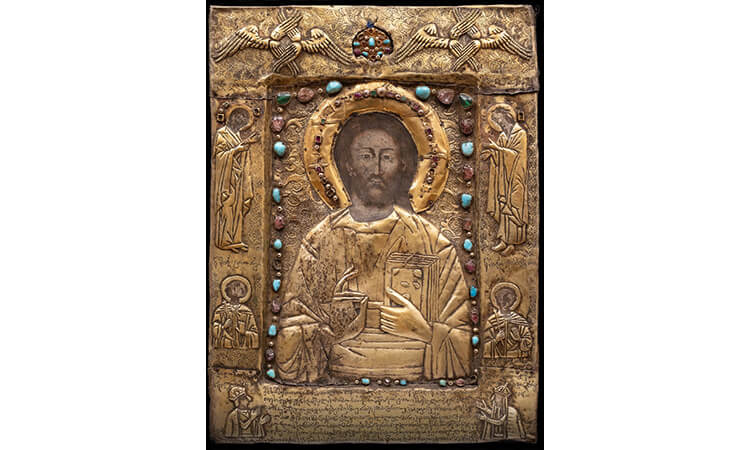 Icons, religious works of art and ceremonial objects were adored and worshipped by Orthodox Christian parish in Georgia during past centuries."

Today, those objects tell a lot about ... [the] tastefulness of certain epoch, important aspects of historical events, fashion trends from past decades and eras," an introduction for the exhibition says.

Located in the Samegrelo province in the west, the palace served as residence of the historical principality, with rulers seeking to renovate and enrich the residence to write chapters glorifying their own reign in history, the exposition summary from Art Palace said.

The Dadiani Palace is also symbolic for serving as the residence of the final regent of the Principality of Samegrelo, as the region’s autonomy was abolished by the Russian Imperial rule in 1857. 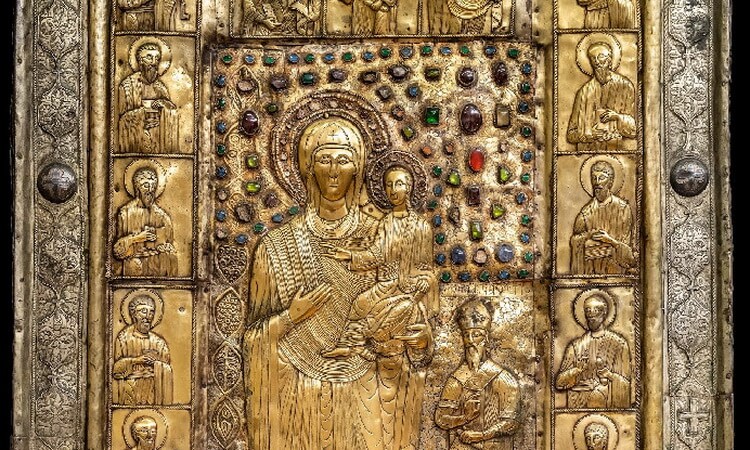 The Tsaishi Icon of Virgin Mary (1622-1639), one of the exhibits in the online showcase. Photo: Art Palace museum.

The complex includes a palace for Ekaterine Chavchavadze-Dadiani, the final acting regent of the principality, as well as a residence of her son Niko Dadiani, a monastery and an adjacent botanical garden.

Boasting the largest ballroom in nobility residences across Georgia, it has been described by the National Agency for Cultural Heritage Preservation as a European-style palace with "unique architecture”.

During the 19th century the palace also hosted nobility from abroad including distinguished historical figures, among them pacifist and novelist Bertha von Suttner, the first Nobel Peace Prize-winning woman.

The estate, later transformed into a museum, entered a major renovation effort in 2015 and reopened recently.