Georgia has its first gold medal at the Summer Olympic Games after Lasha Bekauri scored a win in a closely contested 90kg final against Germany's Eduard Trippel on Wednesday.

Bekauri won by waza-ari on the revered Nippon Budokan arena's Mat 1, leading through the score into the final few minutes of the fixture, and controlling the lead to come out on top of his opponent.

The win by the 21-year-old talent - who two years ago took home top prizes from both the Junior World Championships and the European Championships - saw Georgian team physician Zurab Kakhabrishvili in tears.

Watch the complete final of the men's 90 kg judo below:

The emotional reaction of the head physician of the Olympic squad signified a relief for his work with Bekauri on nursing the latter's shoulder injury, sustained at the World Championship in Budapest last year and placing the young athlete's participation at the Olympic Games in doubt. 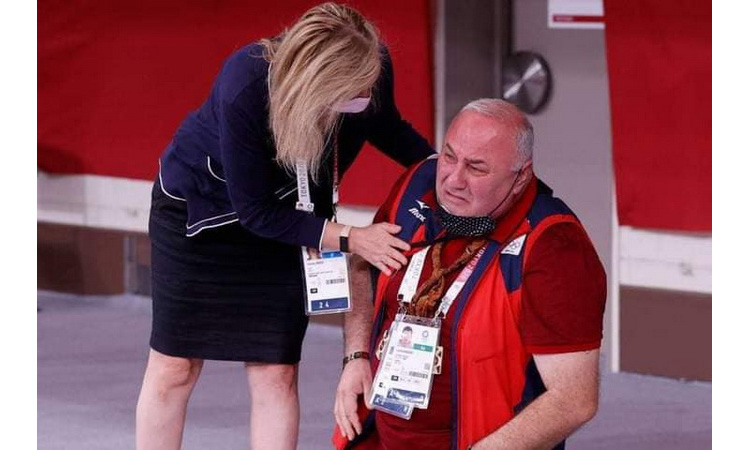 Bekauri reached the final after winning four contests at the Nippon Budokan arena earlier on Wednesday, defeating Poland's Piotr Kuczera in the Last 32 round and Israel's Li Kochman in the Last 16 stage.

Victories against Uzbekistan's Davlat Bobonov and the Russian Olympic Committee's Mikhail Igolnikov gave the Georgian judoka his spot in the final later in the day.