The family of 34-year old Zaza Gakheladze, who was illegally sentenced to12 years and six months in prison in the Russian-occupied Tskhinvali region, has given the the Georgian government one month to secure the release of the man.

The family of Zaza Gakheladze is holding a rally near the occupation line today, and state that if the government fails to release Gakheladze they will cross into the occupied territory.

Georgian Patriarch Ilia II has requested us to refrain from entering the occupied territory and we have taken the request into account. We are giving the government one-month time to ensure the release of my son, otherwise we will enter Tskhinvali,” said Mikheil Gakheladze.

Georgian opposition members and civic activists are gathering in central Tbilisi now to join the rally organised by the family in the village of Kvemo Chala, central Georgia, near the occupation line.

They say that the government ‘is inactive’ in efforts to secure the release of Gakheladze.

Georgian Interior Minister Vakhtang Gomelauri stated earlier today that the government has done its utmost, ensured the engagement of the international community, to make Gakheladze free.

He stated that the Georgian patriarchate has also been involved in the issue. 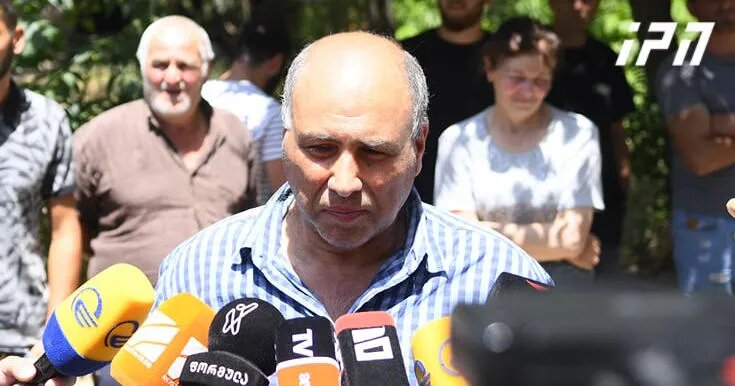 Mikheil Gakheladze says that the government must activate its efforts to ensure the release of his son.

I hope that the de facto government will act reasonably and release Gakheladze,” said Gomelauri.

Gakheladze was shot and then illegally detained by Russian-controlled occupation forces.

Later he was found him guilty of ‘illegally crossing the border and attempted murder’ of a so-called border-guard.

Gakheladze’s father stated yesterday that the rally which is taking place now, aims ‘to attract further attention towards the issue and to push the government to activate its efforts for the release of the man.’

The international community has condemned the incident and has called upon Russia many times to allow the release of the man.

They said that if someone tries to cross into Tskhinvali, the de facto authorities ‘will respond in line with the law.’