The ruling Georgian Dream party has urged opposition parties to resume negotiations with them on the 2020 elections, as the opposition decided to suspend dialogue after the conviction of opposition leader Gigi Ugulava earlier this week for embezzlement of 48 million GEL while serving as Tbilisi mayor.

Ruling party MP Mamuka Mdinaradze thanked the US embassy for its encouragement to continue negotiations, adding that the ruling party 'was also unhappy' that Ugulava’s detention timed with the election-related dialogue.

However, justice in the country is the responsibility of independent courts and agencies and such decisions are not made by politicians,” Mdinaradze said.

He said that the Georgian Dream government is ‘intolerant’ of white collar crimes and ‘several ruling party officials, for instance mayors of Zugdidi and Batumi, head of Tskaltubo City Assembly have been convicted for abuse of authority and embezzlement.’

Being in politics must not be an indulgence to any politician, no matter which party he belongs to. Everyone is equal before law,” Mdinaradze said. 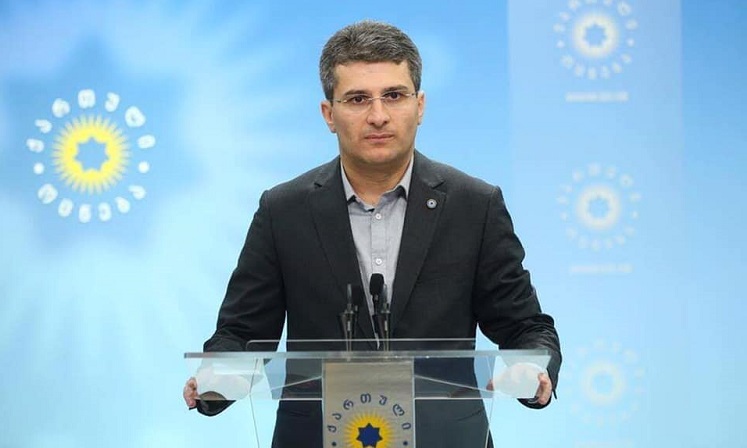 He stated that if the opposition thinks that the court delivered an unfair verdict against Ugulava, they can address the European Court of Human Rights.

I urge the opposition to give up politicizing a legal issue and return to the table of negotiations,” Mdinaradze said.

Mdinaradze stated  that the ruling party ‘has already made concessions’ and proposed a 100/50 electoral system for the 2020 elections [in which 100 seats in parliament  are distributed via proportional voting and the remaining 50 seats via the majoritarian system].

We have not yet received any official offer from the opposition following our suggestion,” Mdinaradze said, adding that the opposition members have mentioned a 135/15 system , which he thinks ‘is not serious.’

In November 2019 parliament rejected the ruling party proposed election bill which allowed an early transition to the fully proportional electoral system starting from 2020 instead of scheduled 2024.

The opposition, which accuses the ruling party of ‘deliberately rejecting’ the bill, has been negotiating with the ruling on which electoral system to be used for the upcoming elections.

The talks have been mediated by the diplomatic corps.

If the ruling party and the opposition fail to agree, the 2020 elections will be held per a 77/73 model, with 77 MPs elected proportionally and remaining 73 via majoritarian elections.