He said that the opposition’s offer may be a 130/20 or 135/15 election model, in which most of the seats in the 150-member parliament [130 or 135] will be distributed per the votes received in proportional elections, while the remaining seats will be occupied by majoritarian MPs.

Election-related protests were sparked in Tbilisi in November 2019 after parliament rejected the ruling party proposed election bill on an early transition to a fully proportional electoral system starting from 2020 instead of speculated 2024.

The early transition was the promise given by the ruling party to the demonstrators in Tbilisi in June 2019, during the rallies which were triggered by the presence of Russian MPs in the Georgian parliament.

The opposition accuses the ruling party of deliberately rejecting the bill and was demanding the 2020 elections to be held per the “adapted German model’ [the demand still remains in the force] which distributes seats in parliament based on votes received in proportional voting. 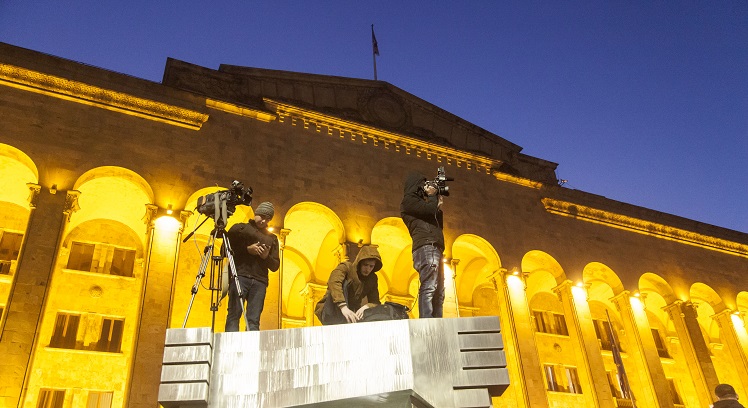 The opposition says that the majoritarian election model is unfair, failing to reflect the will of voters. Photo: Nino Alavidze/Agenda.ge.

Ruling party officials have dismissed the accusations, stating that they were unable to convince the party’s majoritarian MPs to vote for the bill.

In December 2019 the ruling party offered a 100/50 model to the opposition for 2020 elections, which distributes 100 seats proportionally and 50 seats based on majoritarian race in parliament.

The opposition says that the model is ‘unacceptable.’