Members of all nine political parties which entered parliament following the October 31 parliamentary elections have held a first meeting with the mediation of the diplomatic corps earlier today to address the current political crisis in the country.

The meeting has been held at the US Embassy in Tbilisi and was attended by US, EU and French ambassadors. 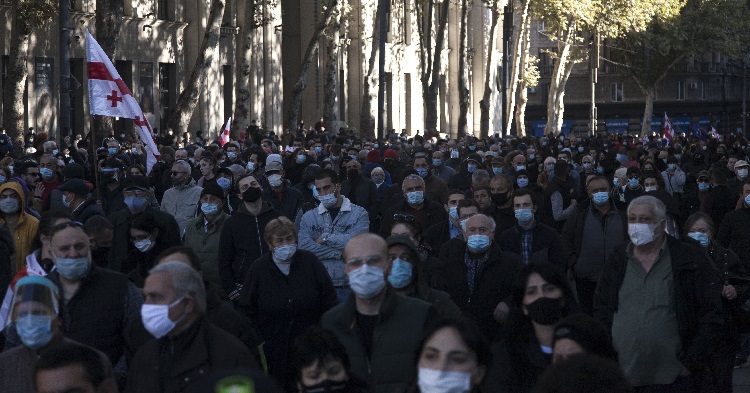 It remains unclear whether the opposition continues rallies on November 14. Photo: Nino Alavidze/Agenda.ge.

Negotiations [with the ruling party] have been launched. Let’s see what will happen. One meeting is not enough to solve such problems,” Natelashvili said after the meeting.

All eight opposition parties which entered parliament took to the street following the parliamentary elections, stating that the elections were fabricated.

They are demanding repeat elections, the dismissal of the head of Georgia’s Central Election Commission Tamar Zhvania and the recomposition of the commission.

The ruling party states that the elections were conducted ‘in full line with democratic standards’ and advises the opposition to accept the election results in a dignified manner.