The ruling Georgian Dream party has named 20 candidates of its 120-member party list for the upcoming parliamentary elections on October 31.

The ruling party will keep Giorgi Gakharia as its candidate for prime minister because of his high level of professionalism and patriotism, as well as his excellent leadership and management skills.

Archil Talakvadze will again serve as the parliament speaker.

The top 20 nominees of the Georgian Dream party list are: 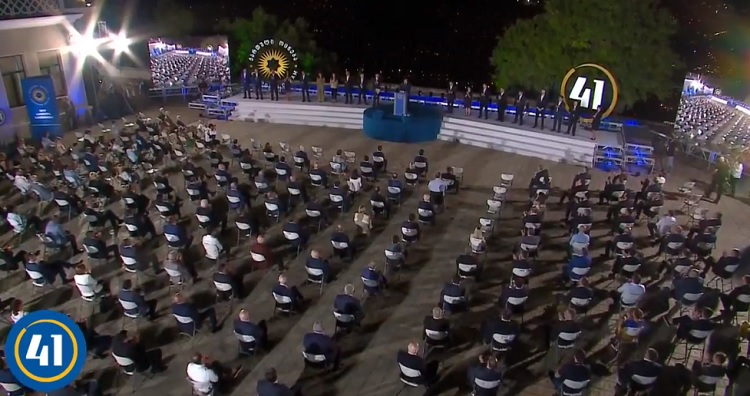 Ruling party founder and chairman Bidzina Ivanishvili has thanked everyone ‘for the trust and support’.

It is precisely this trust and support that strengthens our belief that we, together with you, will lead this country forward, toward development, success, and the prosperity of each and every family”, Bidzina Ivanishvili said.

He further noted that the idea behind the creation of the Georgian Dream party was to make Georgia 'a European country where people and their dignity are protected, where everyone can support their family through hard work, and where peace, stability and development are guaranteed’.

There are people in this team who have already proven that they are capable of fulfilling their responsibilities, of remaining faithful to the idea and the work that needs to be done, and of steering the country and the people away from peril even in the most difficult of situations”, he said.

Ivanishvili added as well that the Georgian Dream ‘will continue to build roads, bridges, tunnels, universities, schools, and kindergartens, to support the Georgian village, to care for the people and their health’.

This year's elections will be held in a different manner in Georgia, with 120 MPs elected per the party-list based electoral system and the remaining 30 per the majoritarian electoral model.

The ruling party nominated its 30 majoritarian candidates for the eight constituencies of the capital Tbilisi as well as the regions back in July.