Archaeologists working on a Medieval site in central Georgia's Borjomi Municipality have this week made fresh findings of remains of a pre-Middle Ages settlement featuring peculiar planning and building types.

While involved in efforts to brush and clean structures and findings of an existing Megalithic settlement site, professionals came across yet-undated architectural forms characterised as "specific in planning" and "archaic in appearance".

A release from the expedition run jointly by the National Agency for Cultural Heritage Preservation of Georgia and the Georgian National Museum network mentioned a "dry slab assembly" used in the construction of the residential structures. 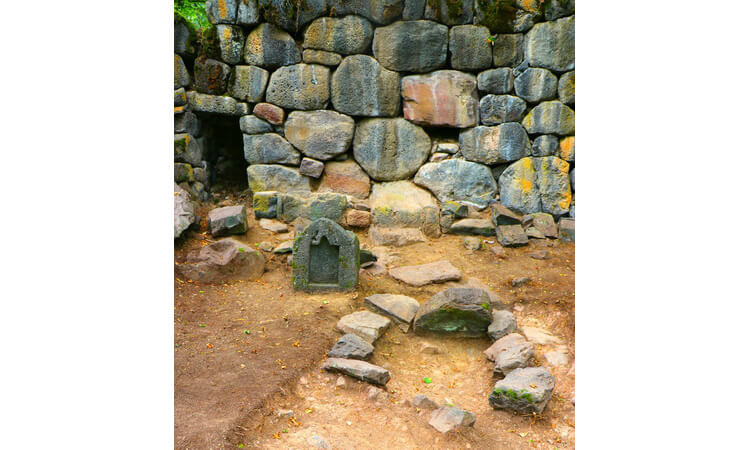 A close-up view of the structures and stone material used for their construction. Photo via Borjomi Municipality on Facebook.

The site of the finding previously gave archaeologists working on it since the late 1960s clay works dated back to the Medieval and early antiquity periods. An upper terrace of the site also features a Christian church built into a rock face, with scientists suggesting the building having possibly been built on top of a pagan shrine.

The current work on the site, located near the municipality's village of Tschobiskhevi, is led by historian Irina Ghambashidze. Archaeologists under her lead are scheduled to work on the site until mid-September, followed by gathering of their discoveries. The findings will then be prepared for museum submission and delivered to regional museum fonds.

Further work on the location is planned for next year, with the cultural heritage agency revealing plans to increase its scope and include "scientific studying, conservation and setting up of infrastructure" on the settlement to ensure its cultural and tourist importance.