PM in parliament: Russia is a key security challenge for Georgia, our final goal is NATO membership

Georgian Prime Minister Giorgi Gakharia has come to parliament for the third time in a month to present an annual report, stating that Russia is a key challenge for Georgian security and is responsible for all incidents of human rights violations in the Georgian occupied regions of Abkhazia and Tskhinvali.

He said that Georgia’s Euro-Atlantic integration is in progress and the country’s final goal is NATO membership.

Euro-Atlantic integration is the course which is the choice of the Georgian people and which defines the country’s future,” Gakharia said.

He stated that the government aims to create an ‘effective armed forces’ which will be in compliance with NATO forces. 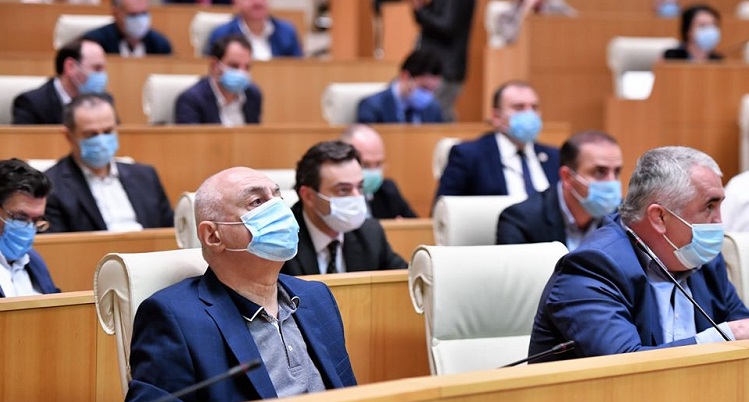 Gakharia said that Georgia should on the one hand develop the existing legal framework of cooperation with the EU and on the other hand help open new fields of cooperation.

This particularly concerns the transport and communication fields and Georgia’s role on the Black Sea,” Gakharia said.

He stated that the strategic partnership with the US ‘is developing in all directions, including in the economy.’

More civil society organisations and individuals are involved in making the document and we are doing our best for the strategy to be adopted through a large-scale public consensus,” Gakharia said.

Gakharia stated that a bill which divides the functions of prosecutors and investigators during the investigation process is ‘nearly drafted.’