Residential buildings will be built for hundreds of families living near to Georgia’s Black Sea resort town of Batumi, announces Chairman of the Government of Georgia’s Autonomous Republic of Adjara, Tornike Rijvadze.

Homes will be constructed for residents of so-called ‘Dream Town’ or ‘Cardboard Town’ – which was erected on the former bases of 25th and 53th Russian military battalion near Batumi, where eco-migrant families, who moved from the highlands of Adjara, settled in the autumn of 2012 - just after the Georgian Dream coalition’s victory in Georgia’s parliamentary elections. 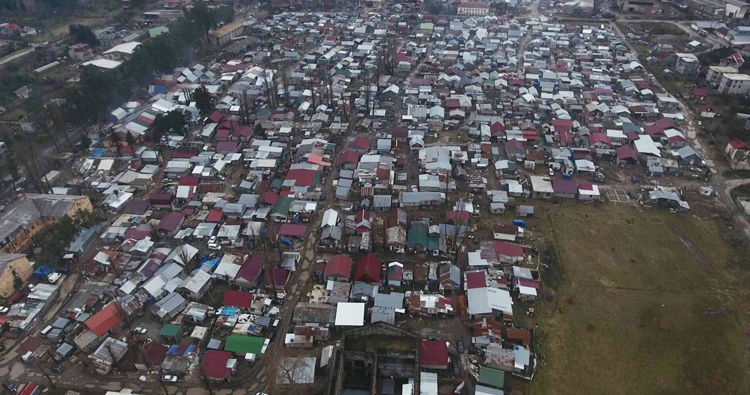 Eco-migrants who moved from the highlands of Adjara settled on the outskirts of Batumi in their own huts made of cardboard on a former Russian military base. This is how the territory looks today. Photo: Gov't of Adjara.

They settled on the outskirts of the city in their own huts made of cardboard, where later people built concrete houses instead.

Today, Rijvadze announced that new residential buildings will be built in ‘Dream Town’, and will thus erase the irony from the neighborhood’s name.

We have made an important decision that will change the lives of hundreds of people… The construction and handing over of flats will be carried out step by step, according to phases”, said Rijvadze. 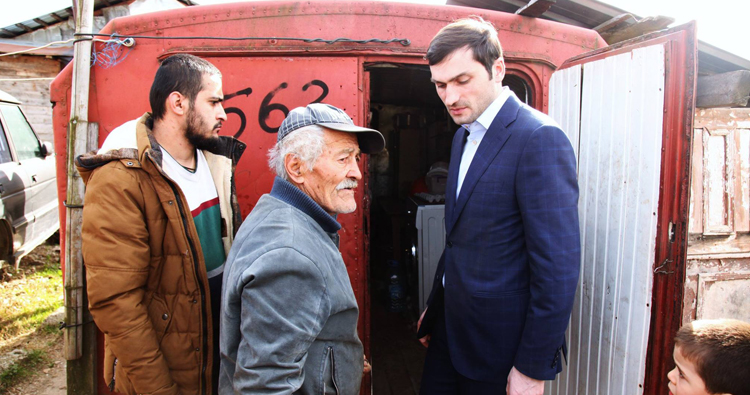 Tornike Rijvadze from Gov't of Adjara visited the 'Dream Town' today and told its inhabitants that soon they will live in new residential buildings. Photo: Gov't of Adjara.

He added that a working group will study each citizen’s case individually.

The state will finance the construction of residential buildings and about 10 million GEL (about $3.76m/€3.28m) will be allocated from the budget.