The third meeting between the ruling Georgian Dream party and opposition over the electoral changes has yielded no results.

The opponents met in the Georgian capital of Tbilisi earlier today to discuss the possibility of moving to a multi-mandate system starting in 2020.

Justice Minister Tea Tsulukiani, who is also the Vice Prime Minister said after the meeting that the system proposed by opposition cannot be acceptable for Georgia. 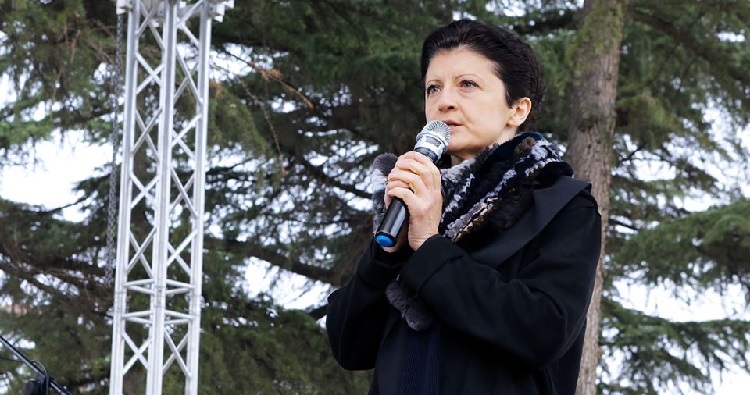 Stressing that opposition will not stop and continue to demand electoral change, Bokeria said the ruling party now allegedly needs time to consult with their chairman Bidzina Ivanishvili.

Meetings, mediated by diplomatic corps, followed the rejection of the GD-proposed election bill on November 14, which aimed to move to a fully proportional electoral system starting from 2020 instead of 2024.

Opposition is now demanding mixed electoral system for the 2020 elections based on the German model, which distributes seats in parliament based on votes received in proportional elections.

What is the opposition’s offer?

As of now Georgia has a mixed electoral system with 77 MPs elected proportionally, based on a party-list system, while remaining 73 are elected in 73 single-mandate constituencies.

The opposition offers the creation of multi-mandate election constituencies - 10 instead of existing 73.

The difference is that the parties will be able to present as many candidates as they wish in each election constituency. However, the number must not be more than the maximum number of candidates who should be elected in the constituency.

If the constituency must have eight MPs, the winners will be the eight candidates who will receive the most votes in the constituency, and there will be no need of the second-round of elections.

As of now a candidate must receive at least 51 per cent of votes to gain a majoritarian mandate. Otherwise a second round of elections is scheduled.