Georgia’s Russian-controlled de facto Tskhinvali has removed the movement ban for people who live in the occupied Akhalgori district and are in need or urgent medical care or other medical services unavailable in the region.

The decision comes after a three-month closure of crossing points between Tskhinvali and the rest of Georgia, creating a severe humanitarian situation on the ground and leaving two dead in Akhalgori due to delayed treatment.

De facto Tskhinvali reports that the decision has been made at the recent meeting of the so-called security committee of the region, attended by de facto President Anatoli Bibilov.

The Security Committee of South Ossetia (Tskhinvali) has decided to allow the movement of Akhalgori residents via Razdakhani checkpoint to Georgia, who have no citizenship of South Ossetia or Russia and are in need of urgent treatment or the medical care with the use of high-technology devices, unavailable on the territory of South Ossetia,” the so-called decree reads.

The decree allows for the departure from Tskhinvali region for urgent medical care with the use of special passes. 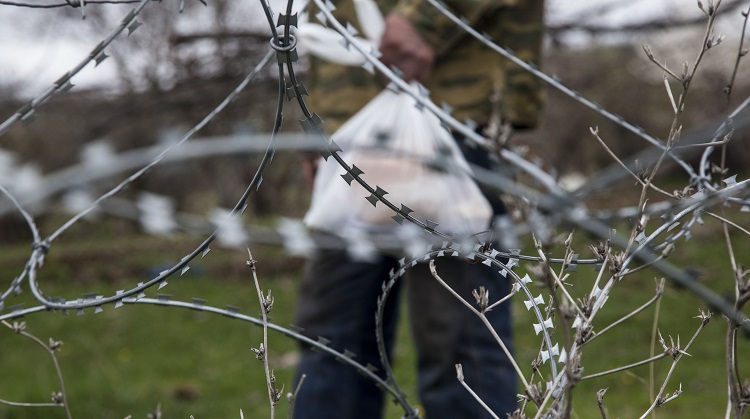 After the Russia-Georgia 2008 war patients from the Russian-occupied region have been transported to Tbilisi-controlled territory via the shortest, so-called Razdakhani checkpoint, with the help of the Red Cross. Photo: Nino Alavidze/Agenda.ge.

De facto Tskhinvali closed crossing points with Georgia on September 4, saying that the ban will be removed when Tbilisi dismantles an ordinary police post from the village of Chorchana, located on Tbilisi-administered territory.

They say that the police post “creates security threats, as it is too close to South Ossetian territory.”

The Georgian regions of Abkhazia and Tskhinvali were recognised as independent states by Russia after the Russia-Georgia 2008 war.

Only Venezuela, Nicaragua, Nauru and Syria have recognised the regions as independent republics.

The rest of the international community is unanimous in agreement that the territories are occupied by Russia.