NATO Secretary General Jens Stoltenberg said yesterday that “we see Russia, which has been responsible for aggressive actions against neighbours: Georgia, Ukraine, but also have forces in Moldova without the consent of the government in that country”.

Speaking at a press conference in Brussels, Stoltenberg responded to a question from TASS News Agency whether it is time to think “about the real change of NATO policy to face some real threats and not imaginary ones”.

He said “we don’t see any imminent military threat of Russia against any NATO country, but what we see is a strategic challenge”. 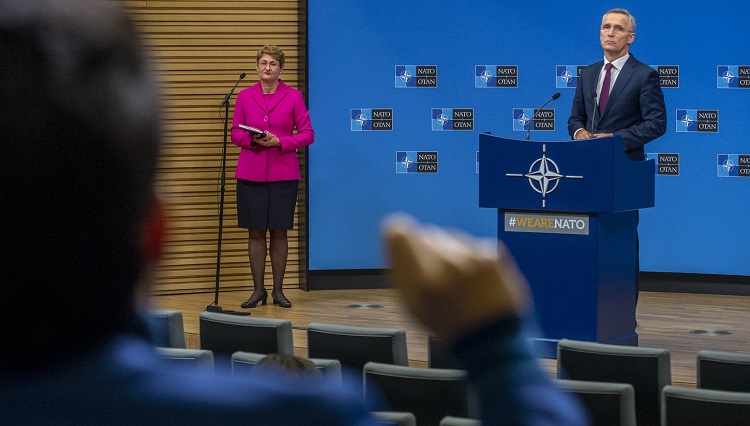 Stoltenberg spoke at a press conference ahead of the upcoming Leaders’ Meeting in London.

The reality is that that’s exactly why it is so important for NATO to continue to provide credible deterrence and defence, also, in a more unpredictable world.

That’s the reason why we have modernised, invested more and increased the readiness of our forces over the last years”, Stoltenberg stated.

He said Russia is “investing heavily” in new, modern capabilities, including nuclear forces, violating “a cornerstone arms control agreement” in Europe, the INF Treaty, “deploying missiles capable of reaching European cities within minutes and missiles which are nuclear capable”.