During the meeting with President Dukanovic, Speaker Talakvadze discussed deepening political and economic relations between Georgia and Montenegro as well as Georgia’s NATO and EU aspirations. 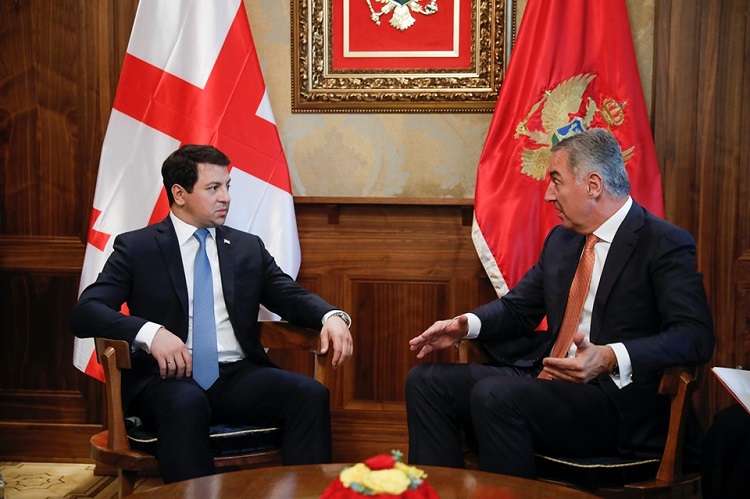 The Georgian and Montenegrin counterparts, Talakvadze and Brajović, also agreed on close parliamentary cooperation and intensive exchange of visits.

At a joint press conference yesterday, Speaker Talakvadze thanked his counterpart for supporting the territorial integrity and Euro-Atlantic aspiration of Georgia.

Accession of Montenegro to NATO is a strong message for Georgia that we are also able to become the NATO member”, Talakvadze stated.

He also said that Georgia is proud that its soldiers “stand shoulder-to-shoulder protecting regional peace and stability”.