The vocal talent of Georgian soprano Salome Jicia will delight opera-goers of one of major venues in Italy, as the singer steps onto the stage of Teatro dell'Opera di Roma for four shows of Don Giovanni starting next week.

Jicia will be cast as Donna Elvira along with young Italian soprano Gioia Crepaldi in bills runing at the theatre between September 28-October 6, with the show directed by Birmingham Opera Company artistic director Graham Vick.

The two-act production of the 1787-premiered classic by Mozart, with libretto by Lorenzo Da Ponte, will be presented at the 1600-capacity venue in central Rome that has hosted opera names including Maria Callas, Renata Tebaldi and Montserrat Caballé.

The celebrated opera represents a genre of dramma giocoso, a fusion of dramatic substance with comedy, and will bring to the Rome theatre a cast involving Jicia alongside baritone Alessio Arduini, bass Antonio Di Matteo and Emanuele Cordaro. 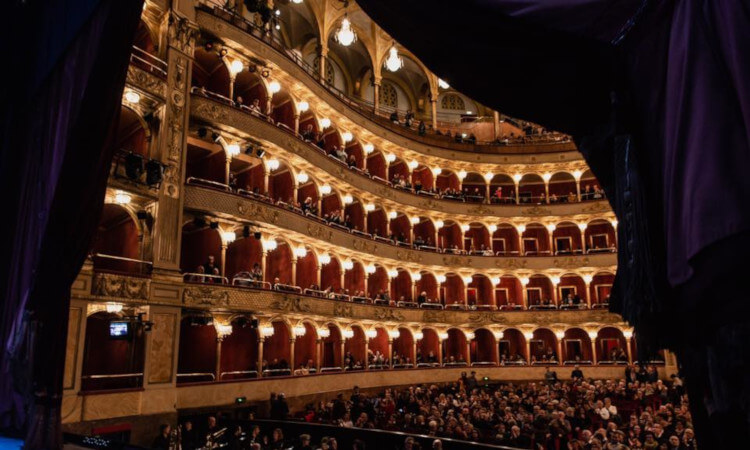 Samal Blak worked in the staging team for sets of the Don Giovanni production in question, with costumes from Anna Bonomelli, choreography by Ron Howell and lighting design by Giuseppe Di Iorio.

The Vick staging is known as the new production of the classic for the Rome theatre, with the venue's Teatro Costanzi set to host the performance.

Salome Jicia has been distinguished with prizes including the Grand Prix of the Istanbul International Music Festival as well as the First Prize and the Maria Foltyn Prize at the International Stanislaw Moniuszko Vocal Competition.

Her recent appearances include a premiere of La Donna del lago at the Opera Royal de Wallonie and Guillaume Tell at Italy’s famed Teatro Massimo.