A Georgian coin of major historical importance is being displayed for the first time outside the United Kingdom, with the Museum of Georgia set to open a three-month exhibition of the Coin of King David IV next week.

Coming from the collections of the British Museum in London, the item will headline over 60 events marking the UK/Georgia 2019 Season of cultural events held by the British Council and the Embassy of the UK.

Minted circa 1118 by the king — commonly referred to as King David the Builder — the coin signifies the Georgian state at its peak of influence, unity and prosperity. 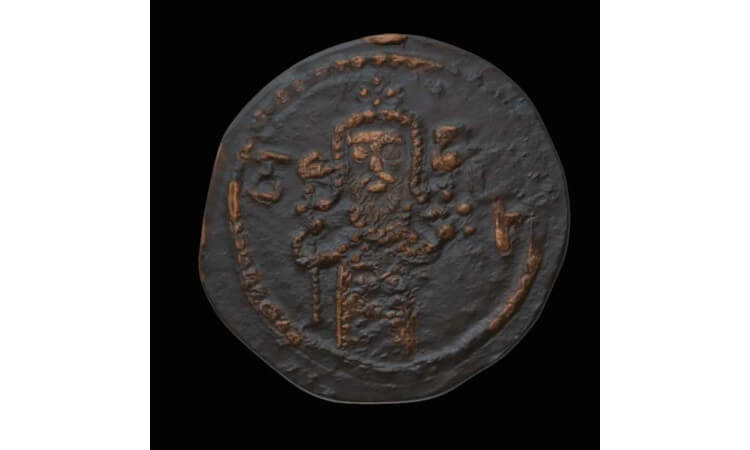 A close-up detail of the coin with an image of King David IV. Photo: British Council.

Its obverse side shows the king in a Byzantine attire, with the reverse side bearing the words “Lord, aid David, king of Abkhazians, Kartvelians, Ranians, Kakhetians, Armenians” in a highlight of the influence wielded by his kingdom.

A detailed description of the coin, in addition to biographical details on the king himself, has been published on a special page launched by the British Council, which also lists other Georgian coins set to be displayed in Tbilisi.

The exhibition of the Coin of King David IV in the Georgian capital marks the first time the exhibit will be on public display outside the London museum.

The coin found its place in its vaults after the British Museum purchased it from William Willoughby Cole, 3rd Earl of Enniskillen in 1857. Details of the item’s journey before it became part of the earl’s collection are unknown.

Georgian historians received information about the coin in 1958, when David Kapanadze, the head of the State Museum of Georgia’s numismatic department received an issue of The Numismatic Chronicle magazine introducing the exhibit’s history. The scientific journal was sent to him by Kartvelologist David Marshall Lang.

The Coin of King David IV will be on show at the Museum of Georgia, located at 3, Rustaveli Avenue, between September 17-December 15.