The Russian Embassy to the United States said in a statement put out yesterday that Russia “came to the rescue” of Tskhinvali (South Ossetia) region and “prevented an act of genocide”.

The statement comes in response to the Department of State, which has promised on the eleventh anniversary of the Russia-Georgia war of August 8 that the US “will not stop working until Russia ends its occupation of sovereign Georgian territory”.

The Russian Embassy stated that the Department of State “once again showed its profane attitude to the victims of the bloody events of that time”.

Washington, however, is far from urging its protégés in Tbilisi to exercise political will and take responsibility for the attack on Russian peacekeepers and sleeping civilians in South Ossetia. Instead, the US foreign service continues to blame Russia in its traditionally politicized and Russophobic way”, reads the statement.

The Russian Embassy further offers to provide the US with “the real chronology” of the events of the five-day war.

However, as practice shows, the US does not learn from history and turns a blind eye on the crimes of its Georgian protégés. It is the belief in impunity that gives rise to such tragic events”, it stated. 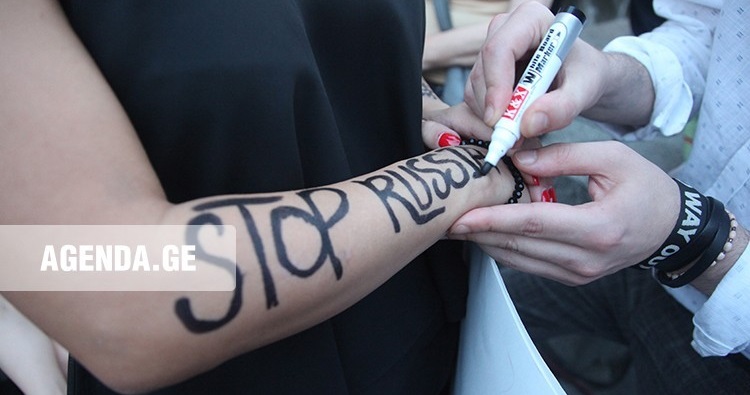 August 8, 2008 is the most tragic day in the recent history of Georgia when the five-day war between Russia and Georgia claimed the lives of 412 people, including 170 military servicemen, 14 policemen and 228 civilians.

Overall, the number of IDPs from both occupied regions is now close to half a million. 35,000 houses were burned, ruined and destroyed. 125 more villages have been occupied since the August 2008 war.

Russia recognised the independence of Abkhazia and Tskhinvali after the 2008 Russia-Georgia war. Only Nicaragua, Venezuela, Nauru and Syria have joined in Russia's recognition, while the rest of the international community condemns Russia's violation of Georgia's territorial integrity and sovereignty.

Georgian officials say that the occupation of Georgian territories started back in the early 1990's and Russia was preparing for the 2008 invasion for quite a long time.