The Russian national rugby team will not come to Tbilisi for the match against the Georgian Lelos that was scheduled for August 27.

The Russian Rugby Federation announced yesterday that they “deeply appreciate” partnership between the Russian and Georgian national teams.

However, they think that the "demonstrations of “radical persons” that are underway in Tbilisi, “lead to public disorder and can pose threat to life and health of those people staying” in Georgia.

➡ New opposition for #TheLelos for test on August 27 will be known in coming days;

➡ Those who already purchased tickets for Georgia vs Russia test-match, can either attend the match which will be played instead of or get a reimbursement;

Georgian Rugby Union President Gocha Svanidze said it is unfortunate that the Russian national team will not come to Tbilisi. However, he said the Government of Georgia has guaranteed overall safety of people staying in the country, including Russians.

Georgia has hosted such games in the past, hosts them now and will host more in the future, always in a safe, fair and positive atmosphere”, Svanidze said.

Svanadze also explained that those who already bought tickets for the match of August 27 can either attend it or get a reimbursement. He said the Lelos’ new rival will be announced soon. 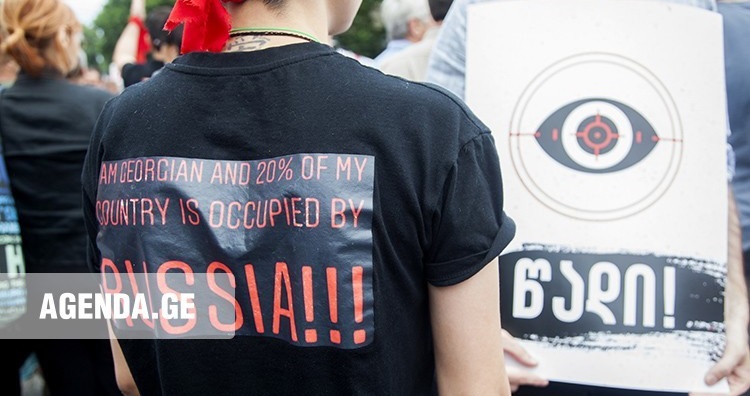 Peaceful demonstrations that were sparked by Russian MPs visit to Tbilisi are still underway in front of the parliament of Georgia for already a month. Photo: Nino Alavidze/Agenda.ge