A 7.5 km long cable car between the ski resorts of Kobi and Gudauri opened earlier today, connecting the Stepantsminda region to Gudauri in just 15 minutes.

The cable car will serve to make both Kobi and Gudauri more functional winter resorts, offering easier transportation in the area.

“Georgia will take its place on the global map as a country with the most successful ski resort. Number of tourists has increased by 500 percent in Gudari during last six years. This is a great success but not enough. This cable car is truly unic which will unify Gudauri and Kobi in one cluster. Outstanding Swiss and Austrian resorts have managed to achieve best results through realisation of the same strategy and I am sure that we are also getting closer to this level,” PM Bakhtadze said at the opening ceremony. 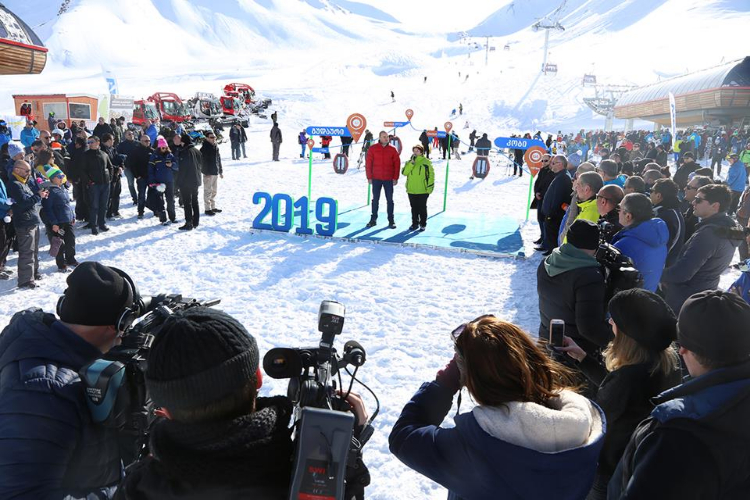 Opened the longest #CableWay in Georgia connecting #Kobi to #Gudauri. This 7.5km long route will help #tourists & commuters travel year-round to our popular ski resort. Glad that #Gudauri is becoming a world-class #TouristicDestination with the newest top-notch infrastructure.

Kobi is a village in Stepantsminda, while Gudauri is a ski resort located on the south-facing plateau of the Greater Caucasus Mountain Range.

The distance between Kobi and Gudauri is 15.2km and by car you can cover this distance in about 22 minutes – but since landslides and heavy snow can force the car route through Jvari pass to shut in the winter, the new cable car will help the commuters or skiers transport back and forth anyway.

About 81 million GEL was allocated from the state budget to construct the Kobi-Gudauri cable car with the capacity of carrying 2,800 people in an hour.