People started gathering on Rustaveli Avenue at 7 p.m. today, after a rally was held and dispersed at the same place in front of the parliament yesterday.

The opposition has put forward three demands, which include the resignation of Interior Minister Giorgi Gakharia, the release of people detained yesterday and holding of snap parliamentary elections with proportional electoral system.

“We give three hours to Gakharia to resign,” the opposition say.

Many demonstrators have negatively reacted to the speeches of opposition leaders, stating that they came to protect the state interests and not to stand by any opposition force. 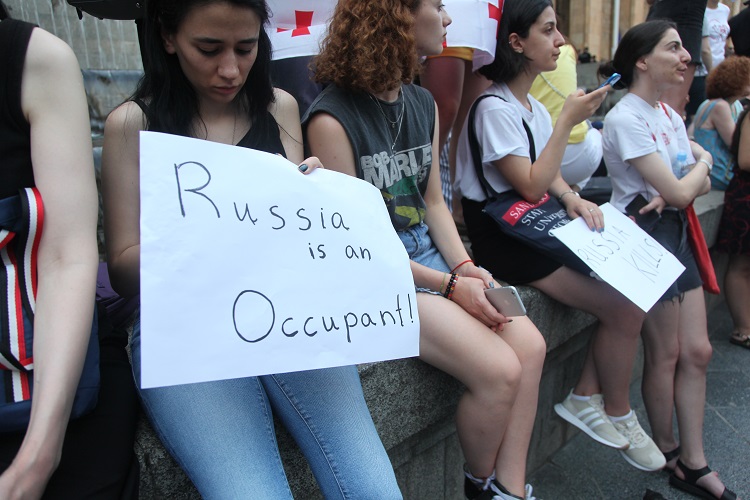 Students are holding a separate rally at another location in Tbilisi, on Chavchavadze Avenue, in front of the first building of Tbilisi State University.

We urge politicians not to come here and try to stage provocations,” several of the students stated in their address, saying that they are protesting against Russia and allowing Russian MPs in the country, as well as the dispersal of the rally yesterday.

Students are also demanding Gakharia to resign, as “young people were shot with rubber bullets and were insulted” during the rally.

Georgian Parliament Speaker Irakli Kobakhidze resigned earlier today, as well as the MP who organised the international assembly in Georgia with the participation of Russian MPs.

The Georgian Dream ruling party stated that the resignations took place as the public protest was fair and the current government is accountable to its people.