Georgia’s mountain resorts are becoming popular tourist spots, hosting 514,874 visitors during the winter season in 2017-2018, which is a 25 percent year-on-year (y/y) increase.

Statistics show that Georgia’s relatively new resorts have attracted more visitors this winter season of which Goderdzi on the slopes of the mountainous Adjara region is the most popular one.

Here is how the number of visitors increased in each winter resort of Georgia: 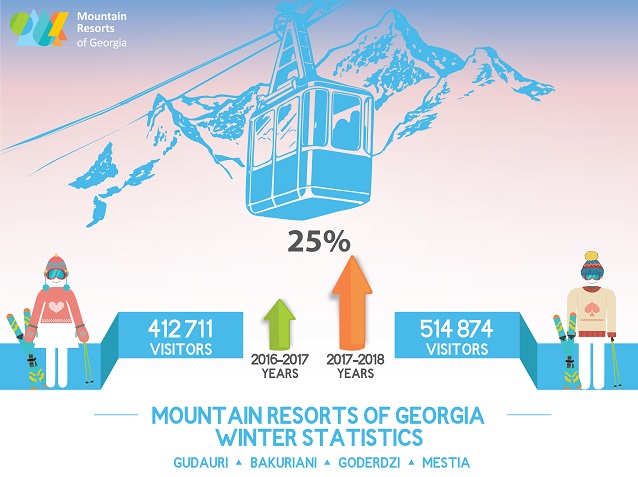 The number of tourists in Georgia’s mountain resorts of Gudauri, Bakuriani, Goderdzi and Svaneti has increased by 491 percent since 2012, announced Mountain Resorts of Georgia.

"The data became available by installing contactless check points by the Austrian company SKIDATA, which allows us to accurately calculate the number of visitors. This system operates at all four of Georgia’s ski resorts”, Georgia’s Ministry of Economy reported.