Since 1992, Elselema has been producing all types of clothing, with a particular focus on uniforms, outdoor wear, as well as casuals and knitted products for men, women and children. It’s a family business which has grown to operate two factories – both employing up to 200 workers – one in Tbilisi, and one in Lanchkhuti to the West of the Georgian capital.

The company is no novice in overseas markets, sourcing fabrics from markets like China and Turkey, and exporting manufactured goods to Italy and Turkey. However, to develop further on the EU export market, Elselema needed to come into line with high European and international social and labour standards – a task that required not only substantial changes to its set-up, but accompanying documentation to meet the demands of an international audit.

Now, however, the company is confident it can take advantage of these opportunities, with the help of the ‘SME Development and DCFTA in Georgia’ project, funded by the European Union as part of its EU4Business initiative and implemented by GIZ, which is building up a business cluster for the apparel industry in Georgia, and is supporting SMEs to upgrade their standards in the directions needed, and become competitive on the EU market. 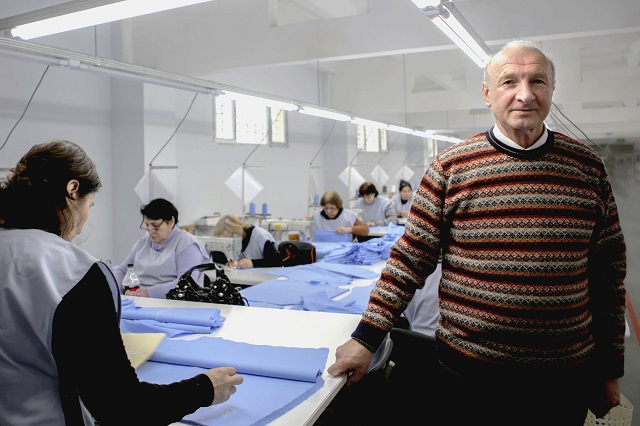 Founder of Elselema Elguja Mamasakhlisi underscored that without the help of the EU and GIZ, his company will not be able to get prepared for the BSCI audit. Photo by EU4Business.

We took the opportunity to participate in the EU-funded project as it provides a chance for further development and making our business more competitive. We have already seen positive outcomes,” said Elguja Mamasakhlisi, the founder of Elselema.

The project is helping Georgian industries to meet the standards of the Business Social Compliance Initiative (BSCI), focused on areas such as social responsibility, workplace safely and workforce protection – a key requirements of European buyers.

This project is essential for us to upgrade to international standards and connect with potential partners in Europe,” Mamasakhlisi said, adding that without support they would struggle to meet the challenges that go with the opportunities in the framework of Georgia’s Deep and Comprehensive Free Trade Area (DCFTA) Agreement with the EU.

With the help of the EU4Business initiative and GIZ we have already been in Germany and met with our potential partners, we are now negotiating with some of them about price and other technical details. A retail branch of one of the leading German players in the apparel industry has shown interest in Georgia thanks to the project,” Mamasakhlisi said.

Stronger together: creating a business cluster

He has high expectations for cooperation with other apparel companies in Georgia as well, to concentrate and expand the capacities that the local apparel industry can offer. Apart from attracting more buyers, such cooperation could "make it easy for the apparel industry to have a dialogue with the government and introduce legislative amendments that will profit this sector. For a single company such a dialogue with the authorities is mostly fruitless,” says Mamasakhlisi. 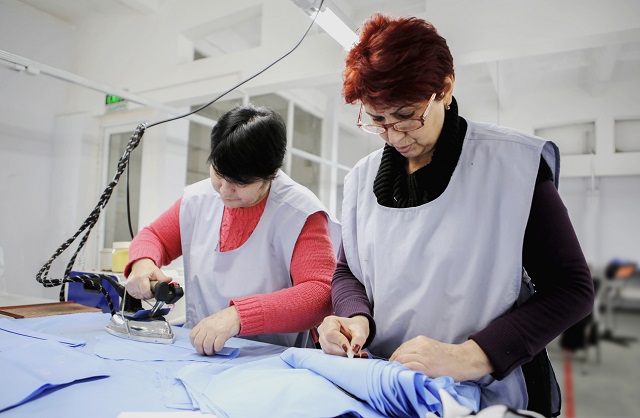 After nine months of intensive work with Georgian producers and international consultants, the four companies involved in the EU-funded project are ready for the BSCI audit. Photo by EU4Bsuiness.

It’s a view shared by Mikheil Getia, the head of MPT Georgia, another clothes manufacturer involved in the project, who argues that apparel industry representatives united in the cluster will be able to lobby far more effectively for the legal amendments they need.

He points to delays in approving a trilateral deal between Georgia, Turkey and the EU that would cut import duties from Turkey as one of the major challenges for apparel companies that import vital materials from Turkey.

With joint efforts in the cluster we can hasten the enforcement of the trilateral agreement, which will lead to significant benefits for the Georgian apparel industry,” Getia said.

But for MPT also, the project’s support in helping to meet the standards of the BSCI audit has been vital.

Not only did the project help him to prepare the dozens of mandatory documents for the BSCI audit, it helped to overhaul the way the company was set up, to ensure it met requirements.

MPT Georgia first applied for the BSCI audit last July. At the time, the best they could expect was to receive a very low, D level. 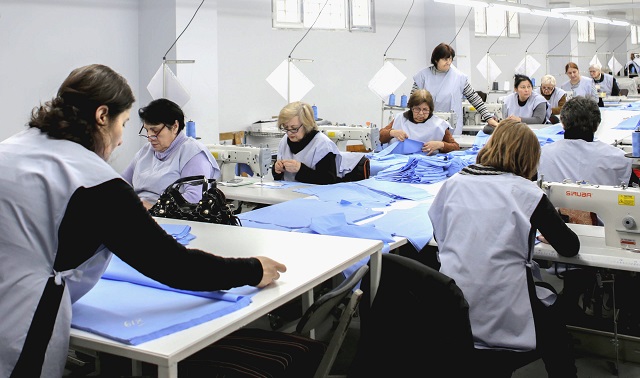 The study conducted within the EU-funded project revealed that the Georgian apparel industry has strong export potential and required support to meet international social and labour standards. Photo by EU4Business.

The auditor left behind his recommendations over the work safety and mandatory standards. We have tried to meet the requirements. The EU and GIZ experts completely changed the company set-up and helped us to go through the paperwork. Without their help, it would be impossible for us to prepare all the documents necessary for the repeat audit that is due to take place in April.”

I have high expectations that now we will receive either an A or B level for the certificate, which will enable us to contact new European buyers freely,” Getia said.

Under its EU4Business initiative, the EU, working together with GIZ, launched the apparel industry development initiative in April 2016, as part of the EU-funded ‘SME Development and DCFTA in Georgia’ project. An initial study of the sector identified strong export potential for the Georgian apparel industry, whose high production quality combines with proximity to EU markets and competitive labour costs.

EU4Business is an EU initiative bringing together all EU programmes assisting SME and private sector development in Georgia.  It enables the private sector to take advantage of the opportunities offered by the EU Deep and Comprehensive Free Trade Agreement, which gives Georgia access to a common market of 500 million consumers.