Georgian referee Nika Amashukeli will become the first rugby professional from the country in the Six Nations elite tournament when the young official steps onto the pitch to judge a match between England and Italy Under-20 national teams in the United Kingdom next March.

Amashukeli has been granted the opportunity in recognition of his work in Georgia — supported by Georgian Rugby, the official body for the sport in the country — and with the Referee Committee of the Irish Rugby Football Union over the recent years.

He will become the first Georgian to access the closed nature of Six Nations — an annual competition between leading national teams of Europe — when he officiates the March 8 game at Goldington Road.

See Nika Amashukeli showcase some of the aspects of referee training with fellow Georgian arbiter Lasha Lashkhia below:

Amashukeli’s selection for the closed tournament — revealed by Georgian Rugby on Wednesday — is seen as significant for the country which has aspired to be accepted in the championship in light of its recent success in rugby.

While the prospect of the national team playing the likes of France, Scotland and Wales within Six Nations remains an aspiration, the young referee’s achievement has been celebrated as a success in the Georgian rugby community.

Georgian Rugby said the selection would see Amashukeli step “on the peak of European rugby” in 2019 and paid tribute to the “immense amount of work” done by the official to reach the recognition.

The arbiter began his career as a player and was selected for the junior national team of Georgia before having to abandon his aspirations following injury.

Undeterred from a career in his favourite sport, Amashukeli switched his focus and began training as a referee, receiving support from Georgian Rugby in his endeavour. 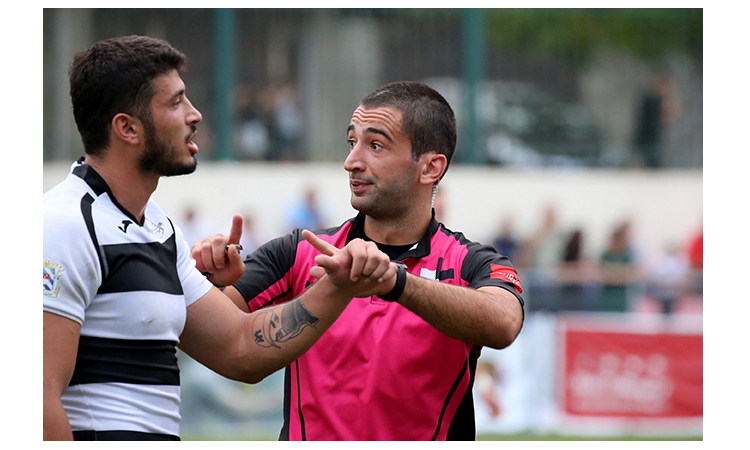 He has become recognised as a new generation of rugby referees from Georgia alongside Shota Tevzadze, a 24 year-old arbiter also supported by the Irish rugby body.

Both professionals have already judged test matches, or friendly games at international level, before they took up games of higher profile.

In particular, Tevzadze oversaw fixtures between “A teams” from Uruguay and Argentina as well as Uruguay and Italy at the World Rugby Nations Cup earlier this year.

Both young officials have also been selected for next year’s Rugby Europe Championship, the second continental tournament in profile behind Six Nations, becoming the first referees from Georgia to be picked for the honour.

Tevzadze will be on the pitch to judge a fixture between Belgium and Germany, with Amashukeli refereeing a later match involving Romania and Germany.