The US government has given Georgia two Island-class patrol boats on the 20th anniversary of the Georgian Coast Guard.

Georgian top officials and acting US ambassador to Georgia Elisabeth Rood arrived in the country’s western coastal town of Poti to attend the ceremony for the event.

Georgia PM Mamuka Bakhtadze and Interior Minister Giorgi Gakharia thanked the US government for its continued support for Georgia and stated that the boats will play important roles in Black Sea coast security. 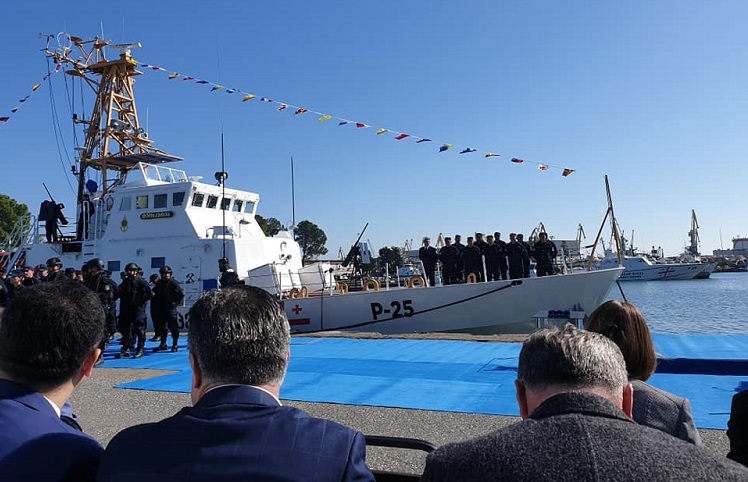 We are very glad that our strategic partner, the US, is well aware of the role of the Black Sea and Georgia [play] in international security. US-Georgia relations have never been at such a high,”  Bakhtadze said.

Rood delivered her speech in Georgian and said that the US government decision regarding the boats was based on the high-level partnership between the two nations.

We will continue to support Georgia strengthen its self-defense capabilities and coastal security,” Rood said and added that her country would find no better country to gift the boats to than Georgia.

Georgia named the boats Ochamchire and Dioskuria. Ochamchire is a town in Georgia’s currently occupied Abkhazia region, while Diosluria is the ancient name of Sokhumi in the same region.

Rood said that the boats have served the US people “excellently” and stated that she expected the same from the vessels for the Georgian people.