From pioneering 1929 film My Grandmother to Soviet classics and independence-era works, a retrospective of Georgian cinema is being screened at the ongoing Frankfurt Book Fair in Germany.

At the world’s largest annual literature fair, where Georgia is showcased as the official Guest of Honour, the country’s filmmaking legacy is also at centre stage.

Launched on October 2, the programme will introduce the audience to three short films from the vaults of the National Archives of Georgia today. 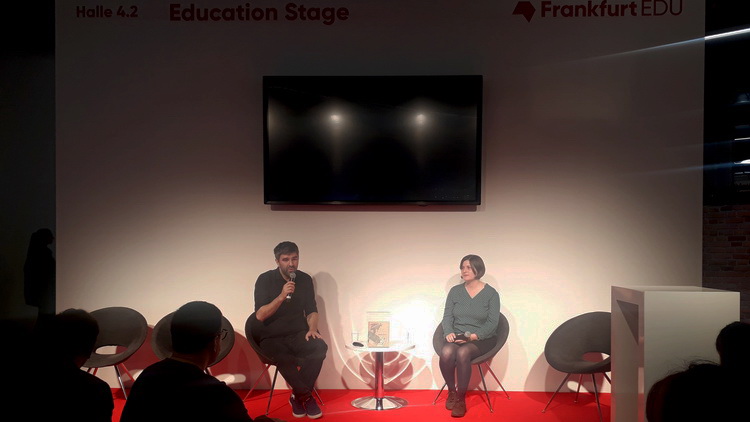 A talk on film restoration and preservation in Georgia, by the archive’s conservator Nino Dzandzava, will come with a screening of “cultural films” directed by celebrated filmmaker Sergei Parajanov between 1931-1985.

Ten Minutes in the Morning, Bread Makers and Arabesques on the Theme of Pirosmani will present the notable director’s creative vision and legacy to viewers.

The three works are part of the program of over 20 films that illustrate the “very own style and [...] poetic imagery” of cinema from Georgia.

“The focus [of the programme] is on the period of so-called formalism and the influence that censorship has had on directors such as Mikheil Tshiaureli, Mikheil Kalatozishvili or Nikoloz Shengelaia”, a preview from the organisers noted.

Today’s screening of Parajanov’s works was preceded on Wednesday by an unveiling of a book about Kote Mikaberidze, a pioneering Georgian filmmaker, at the Frankfurt fair.

Held in connection with a screening of the director’s 1929 silent film My Grandmother, the presentation saw authors Soso Dumbadze and Nino Dzandzava reveal an English translation of the 2017-published book.

The programme of Georgian cinema involves screening of fiction, documentary and short works at the Deutsches Filmmuseum venue, and falls in the frame of the Frankfurt fair.

The book event launched on Wednesday with a focus on Georgian authors, publishers and culture, and will be open in the city through October 14. The cinema retrospective of Georgia will run at Deutsches Filmmuseum through October 31.