Football fans in Georgia’s Black Sea resort city of Batumi will soon be able to watch football matches at a new, modern stadium with the capacity to hold 20,000 spectators.

Designed according to the requirements of the Union of European Football Associations (UEFA) IV category last year, the construction of the stadium has officially kicked off today.

The project has been designed by the Turkish architecture firm Bahadir Kul Architects. Photo by the Government of Adjara/Facebook

Named Batumi Stadium, the sporting ground will be situated on eight hectares of land near a former automobile assembly factory.

At the official opening ceremony, the Head of the Government of Adjara Zurab Pataradze congratulated football fans all around Georgia on the start of this historically important project.

Today we witness the launch of a historic project in the history of independent Georgia as a brand new and modern stadium is being built in Batumi”, Pataradze said.

He said Batumi Stadium will be a symbol of Georgia’s strength, unity and victory, which will not only support the development of sport, but also boost tourism in the region. 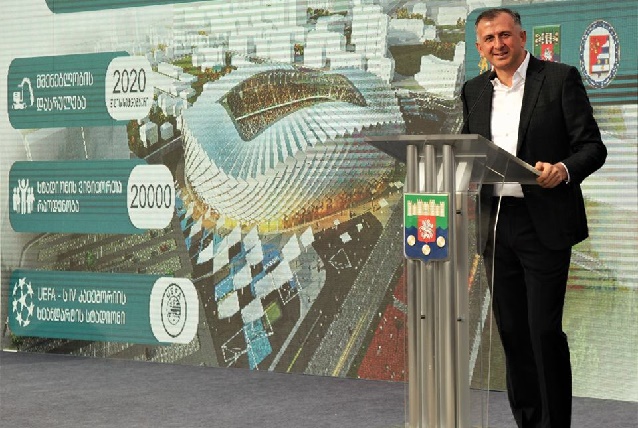 Construction is expected to be completed by late 2020.

Besides football matches, the new stadium will also be able to host various cultural events.

The new stadium will cost an estimated 99 million GEL (about $38 million/€31 million*) or more to build.