A new coffee enterprise, Mondo, has opened in Georgia’s capital of Tbilisi that will develop a new taste of roasted coffee – a unique blend representing Georgia’s take on coffee.

Supported by Italian partners, local coffee importer BB Company is behind the initiative to establish a Georgian brand that would produce Georgian coffee with a Georgian flavour.

For this reason BB Company built a new coffee factory in Digomi at Georgia’s Agricultural University under the state program ‘Produce in Georgia’, on which a total of 4.3 million GEL was spent.

We are represented on the market as a Mondo brand. We are in the process of expanding in various directions… This is the first professional and technologically-qualified coffee producer in Georgia, which will compete with European and Italian coffees,” said Nikoloz Pelangia, of the BB Company. 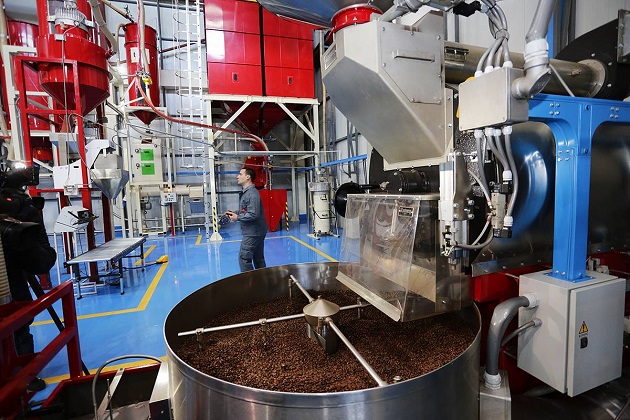 Initially, BB Company will supply new coffee to the local market before venturing further afield and selling it to foreign markets. Photo by Georgia's Ministry of Economy.

BB Company, which has imported and sold coffee powder and kitchen equipment since 2002, started building the coffee factory in 2015.

About 15 people are employed at the enterprise as of today.