Dariali Hydro-electric Power Plant (HPP) – the largest HPP in the history of independent Georgia – has officially opened in Dariali valley in the north-east of the country today.

The new plant will significantly reduce carbon-based power generation and cut Georgia’s dependence on imported fuels in the winter months.

Dariali HPP was opened by Prime Minister Giorgi Kvirikashvili together with the European Bank for Reconstruction and Development (EBRD) director for the Caucasus, Moldova and Belarus Bruno Balvanera, and high-ranking members of the Georgian government. 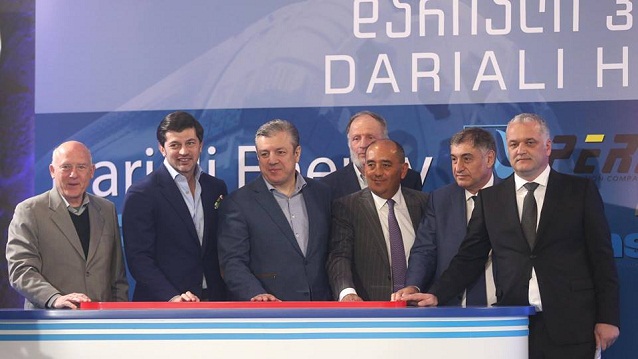 Dariali HPP is the largest HPP ever built in Georgia since the country gained its independence. Photo: PM's press office.

Kvirikashvili said that Dariali HPP is the first project in Georgia that saw the state and private sector collaborate in the field of energy.

The total project cost was $123 million USD; of this, 23 percent was the state contribution while an $80 million USD syndicated loan to JSC Dariali Energy for the development, construction and operation of the HPP was arranged by EBRD.

"This is a unique HPP not only in Georgia but in the wider region too. This is the largest HPP ever built in independent Georgia”, Kvirikashvili said in his opening speech.

With an installed capacity of 108 MW and an expected annual electricity output of 510 GWh, Dariali HPP will play a key role in the development of Georgia’s hydropower resources.

It is believed that the HPP will reduce the country’s dependence on imported fuels in the winter months by 200 million GWh annually. 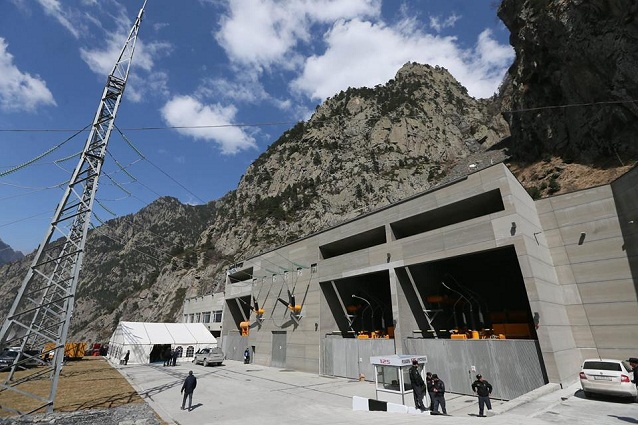 Dariali HPP is the first EBRD project deliver carbon-neutral construction by including reforestation after the completion of construction works. Photo: PM's press office

This investment project is the first energy project financed by EBRD worldwide to deliver carbon-neutral construction by including reforestation after the completion of construction works.

The project will see 200 hectare of forest to be planted by 2021 in the nearby Kazbegi Municipality. 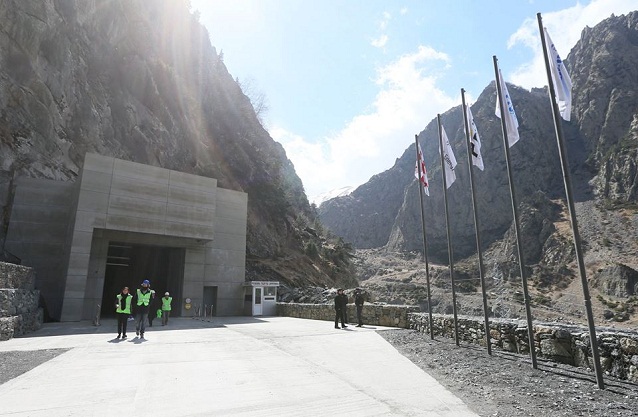 Dariali HPP is the first project in Georgia that saw the state and private sector collaborate in the field of energy. Photo: PM's press office

The construction of the HPP launched in late 2014 and saw 420 local residents employed on the construction. The project also created 70 permanent jobs, and mostly locals are employed.

Finance Minister Dimitry Kumsishvili, who attended the opening ceremony, said that about 2.5 million GEL will be added to the local budget of the region anually only as a result of property tax from the new HPP, while it also is a source of millions of GEL for the state budget annually.

"Our country cannot develop without us being strong in terms of energy. The implementation of such large-scale project let us become energy-independent , on the one hand, and crated jobs, on the other hand”, Kaladze said.