From today, Georgia and Europol will be partners to fight cross-border crime and terrorism.

As a response to urgent problems arising from international organised crime and terrorism, the agreement allows for the exchange of information, including the personal data of suspected criminals, and the joint planning of operational activities.

The agreement relates to all areas of crime within Europol’s mandate.

Georgia will designate a national contact point to communicate between Europol and the competent authorities of Georgia. 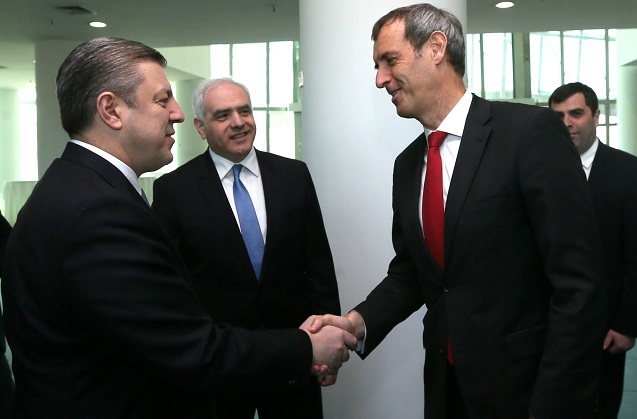 "Once this agreement comes into force, our country will, in fact, become an operational partner of Europol, meaning Georgia will become an integral part of the European order,” Kvirikashvili said.

Minister Mgebrishvili said this document is an important step towards European integration for Georgia.

"Europol is committed to strengthening cooperation with Georgia and recognises that effective law enforcement cooperation is an important element of Georgia’s deepening relationship with the EU,” he said.

The signing of the Agreement on Operational and Strategic Cooperation concludes the successful negotiations between Georgia and Europol on how to effectively join forces to fight serious and organised crime and terrorism.

Following the signing of this agreement, the Europol website said that this new level of cooperation will be an important for tackling priority crime areas affecting both the European Union (EU) and Georgia, such as drug trafficking, organised property crime, cybercrime and migrant smuggling.

The cooperation agreement between Georgia and Europol, which was approved by the Council of the EU and backed by the European Parliament, was signed today in Tbilisi.

The agreement will enter into force after ratification by the Parliament of Georgia.

EU Commissioner for Migration and Home Affairs Dimitris Avramopoulos welcomed the agreement. He wrote on Twitter that he believes this will enhance security in the region and effectively fight organised crime.

Welcome agreement between #Georgia and @Europol : this will enhance #security in our neighbourhood and effectively fight organised crime https://t.co/6XgEJgppSv

Europol is the law enforcement agency of the EU that handles criminal intelligence and combating serious international organised crime by means of cooperation between the relevant authorities of the member states, including those tasked with customs, immigration services, border and financial police.