How is Georgia celebrating visa-free travel to Schengen countries?

The regulation letting Georgian citizens travel to the Schengen Zone without a visa comes into full effect on Tuesday, March 28.

The main location for celebrations throughout the day today will be the rehabilitated Agmashenebeli Ave in central Tbilisi, where festivities will begin at 12 p.m. 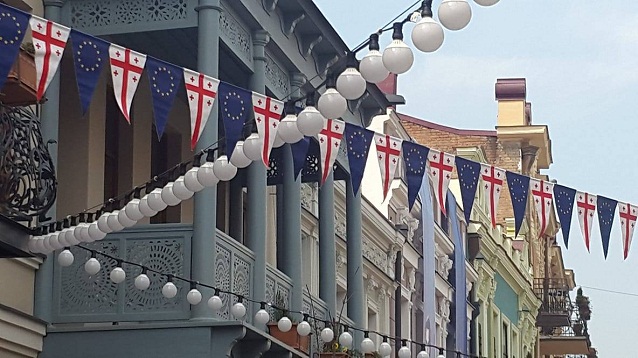 Renovated Agmashenebeli Ave is decorated in the colours of the Georgian and EU flags today. Photo by Nino Alavidze/Agenda.ge

Agmashenebeli Avenue will turn into "European Street”, decorated accordingly in the colours of the European Union.

Georgian and European live music will be playing during the day. Exhibitions and artistic performances will also take place.

Chefs will be cooking Georgian and European dishes to serve visitors of "European Street”. 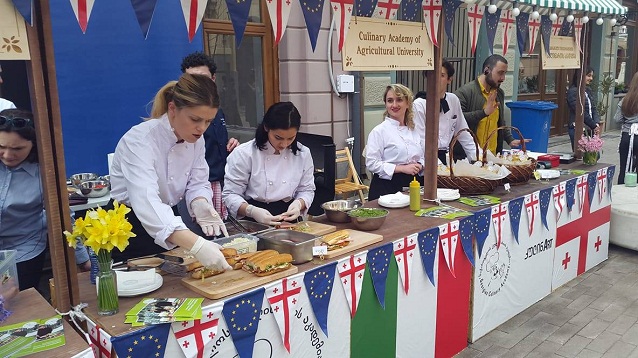 Food is already being cooked for first visitors. Photo by Nino Alavidze/Agenda.ge

Games and different kinds of entertainment will also be organised for children. 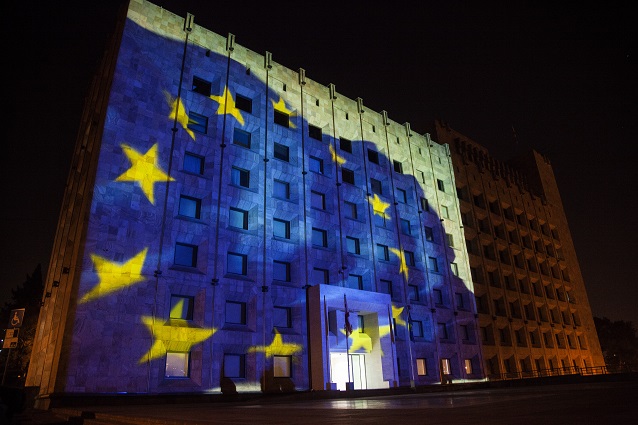 Government Administration building in Tbilisi on December 18, 2015 in celebration of a positive visa liberalisation report. Photo by Nino Alavidze/Agenda.ge

On Monday, March 27, Tbilisi TV Tower and the iconic Bridge of Peace will be illuminated in the EU flag colours. Georgian and EU flags will be projected onto the building of the Government Administration.

Banners will be installed in streets and Tbilisi and Kutaisi international airports will be decorated for the occasion.

A special installation with Georgian and EU flags will be illuminated on Europe Square at 9 pm tomorrow evening, followed by a gala concert at 9:10 pm.

The concert will end with a large firework display at 11 p.m.